Following George's post below, is this another M.diadema? It was found on the office wall at Parc Slip last week. 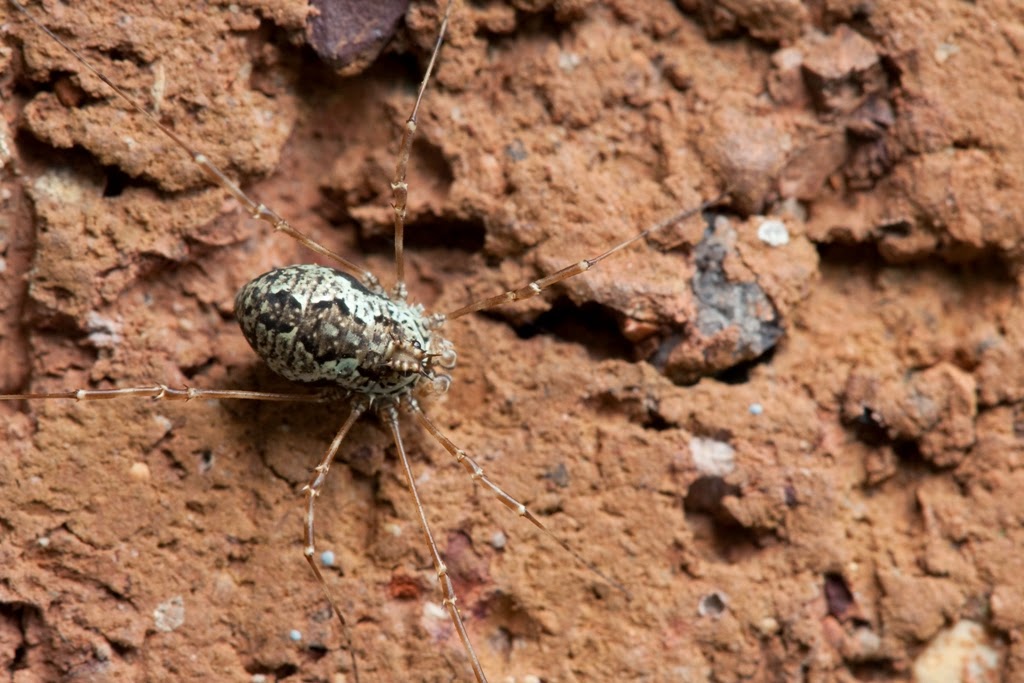 I came across this fantastic little harvestman at Craig y Llyn this morning - there were at least 3 individuals crawling about on the rock face in the photo below.


Unfortunately it had already started raining at this point and the photo below was the best I could do. It doesn't show the fantastic spines on the eye turret, but I had a good look at these through my hand lens. There's a great photo showing the eye turret here. 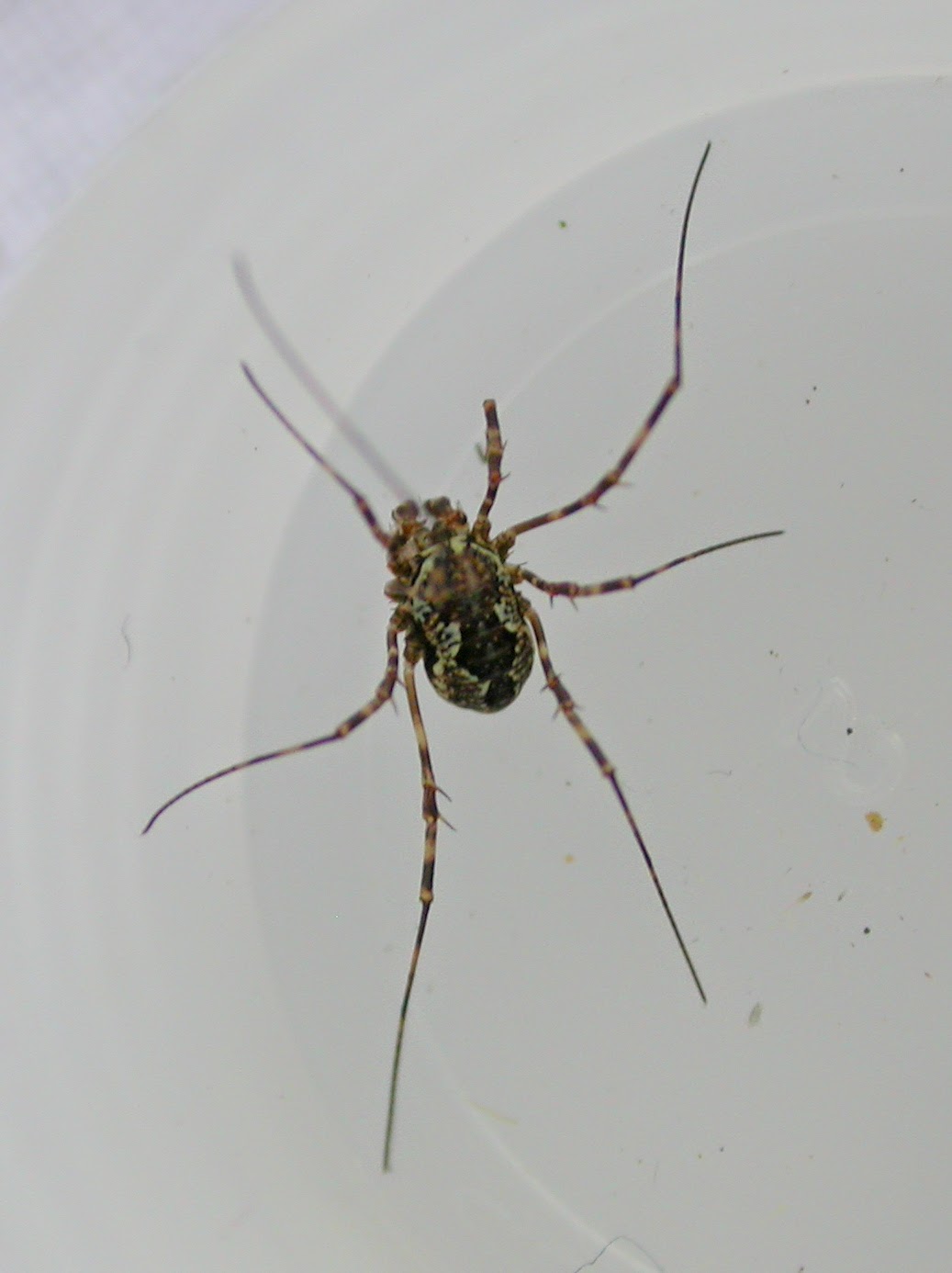 My MapMate copy shows only 3 records in Glamorgan, all from the north of the county and within about 10km of Craig y Llyn. This seems strange as the national distribution map on the Spider Recording Scheme website has plenty of records from lowland southern England.

Found more of the non-native amphipod Arcitalitrus dorrieni yesterday in a garden in Rhoose.  It would be interesting to hear if anyone else has seen any?
Posted by Adam Mantell at 16:34 3 comments:

Beetles, a bug and coastal species

I've just replanted a lavender hedge in my back garden and kept half an eye on what emerged while pulling the old one out.  The first thing that caught my eye was a very attractive little Rhopalid bug, Corizus hyoscami.  Unfortunately it flew off before I could get a good photo so here is one from the nice people at Wiki Commons:

It is a species which seems to be doing well, in recent years it has been expanding out from the south coast of England, but has a very coastal distribution in Wales
I also found three Carabid beetles, two from the relatively small Leistus sub-genus which contains just 5 british species.  First was Leistus spinibarbis, easily recognised by it's metallic blue iridescent colour and the heart shaped pronotum (the bit behind the head).

One of the defining characteristics of L spinibarbis according to the RES handbook is that the first few segements of the antennae are a darker colour than the rest.  None of the specimens I have seen from this area show that feature, but other microscopic features show it nonetheless to be that species.

Next up was a beetle that I hadn't seen before, which caused me some confusion in reaching an id.  It had key features which pointed to another Leistus species: heart shaped pronotum, exposed outer edges of the mandibles and a ventral setral cage (the setral cage is a very characteristic arrangement of stiff hairs of the lower surface of the jaws which is used in capturing its prey, usually collembola).  The colour patterns (dark head and pronotum, paler elytra and pale legs) however didn't match any of the british species.  After a bit of help from Steve Bolchover (gratefully received - thanks Steve!), I have concluded that it is a teneral (freshly emerged) example of Leistus ferrugineus.  Teneral beetles are often much paler in colour, and as you can see from the pic below, the elytra (which are a bit squished) are still quite soft.

It is quite common in England,  but again with a marked coastal distribution in Wales.


The final carabid beetle was one of the smallest british species, Microlestes maurus.  It is approximately the length of a sesame seed (about 2.5mm), but much narrower.  Once again I have gone to Wiki Commons for a pic:

This species has very few Welsh records from scattered coastal locations in Glamorgan, Gwent and Gwynedd.  Once again they are all coastal sites!

It would be interesting to know whether its diminutive size leads to under-recording compared to other carabid species or if it is genuinely uncommon in a Welsh context.