Driving past the water treatment works on the Abercynon back road this pylon is a good Cormorant roost, on the way out in the morning I counted 15 but when comming back later in the aftenoon this had risen to 21 (only twenty in the photo as one flew off). Good for bird watchers but not so good for the anglers, I can not see many fish being left in the Taff after this lot help themselves. 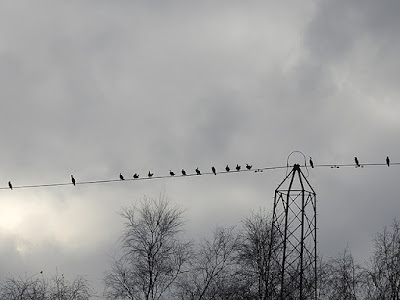 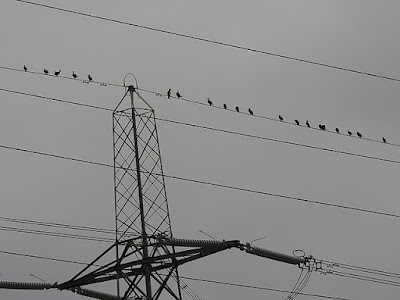 Out for a walk, just below the lower Neuadd reservoir, to the south of the Brecon Beacons, on Sunday, I noticed a form of dieback on some Ash saplings, the like of which I hadn't seen before.
The tops two or three feet of most of them were dead and most of them showed dead lateral shoots which had also dies and where they joined the main stem, lesions were formed in the living bark. At the time, I strongly suspected that what I was seeing was Chalara Ash Dieback disease: formally called Chalara fraxinea (a name now reserved for the asexual form of the disease) and which is now called Hymenoscyphus fraxineus, and a search on the internet, once home confirmed it.

According to the forestry commission's distribution map  < http://chalaramap.fera.defra.gov.uk >, it is now pretty widespread and was confirmed in that 10km square (SO01) in 2015 and in the same year, it was also confirmed in SO00; the square I live in, though I haven't yet noticed this type of dieback locally. 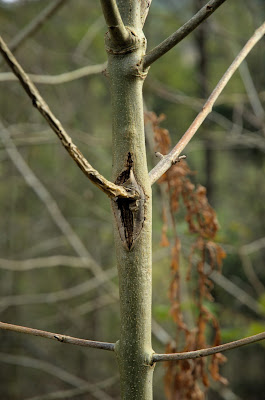 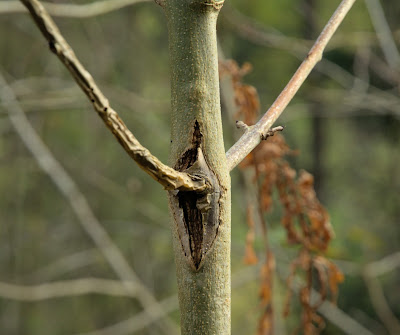 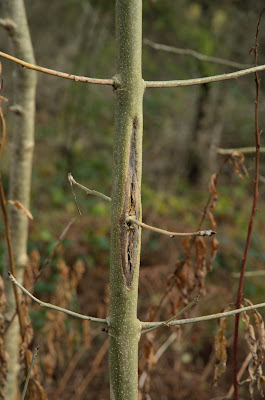 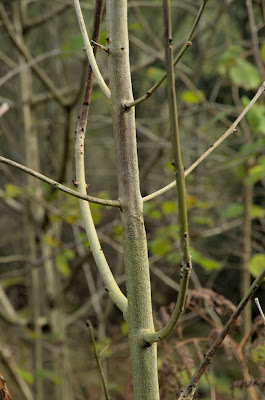 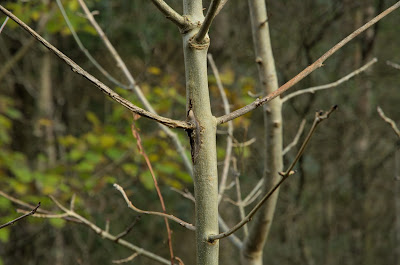 Found this guy in Thursday night's moth trap - doing backstroke in a puddle of water in one of the egg boxes. Dried him out and he was ok to be released into the garden yesterday. I've never seen one of these before - a male Minotaur Beetle (Typhaeus typhoeus). Those horns are amazing ...... 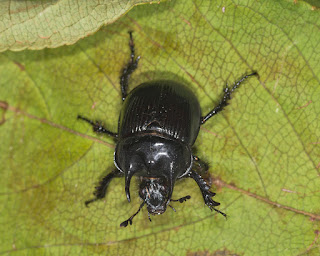 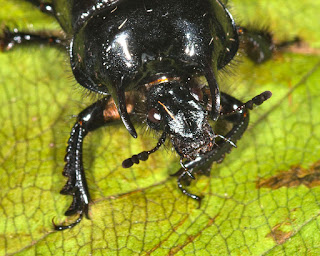