Amusingly the best record from our Moth Night event in the Alun Valley last Friday night wasn't a moth, but a beetle. The small dor beetle in the photo below was nestled in the bottom of one of my 6W Heath traps, and looked instantly distinctive due to the long rhinoceros horn on the head. 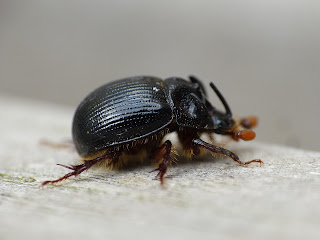 It was easily identified, using Brock's general insect guide, as Odonteus armiger. The guide stated this was a rare species found mostly in southern England, so I quickly checked the distribution online. The Welsh LRC data portal showed only one record for Wales, near Chepstow, but I also found a Radnorshire record mentioned on another website. I emailed Steve Bolchover, the Glamorgan beetle recorder, who confirmed it is new for Glamorgan.


It may well be under-recorded as, unlike most other dor beetles, it is mainly nocturnal and most often encountered in light traps. It is also unusual among dor beetles in feeding on subterranean fungi, rather than dung, both as an adult and a larva.
Posted by GMT at 20:14 3 comments:

Looking through the photos I've taken today and found this one. I have no idea what it is, and I've certainly not seen anything like it before. It is very small and is sitting on the stem of a scabious flower head. As it looks a bit like an aphid I searched for 'winged aphids' and was amazed to find that they are common in UK .........

Has anyone seen one? and can this be identified? 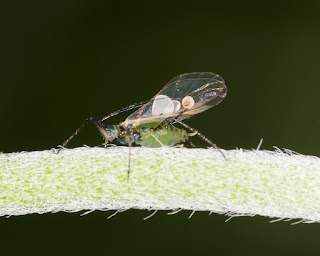 There were a lot of caddisflies attracted to my moth box last week. Amongst them were these three, two of which are 'longhorns' and the other was the biggest caddisfly I've ever seen at approx 30mm.

The wing bars on Mystacides longicornis make it easy to identify but the second could be either Mystacides azurea or M. nigra. I think the big beast could be Phyrganea striata or P. grandis, but whatever it is, it was probably the biggest thing in the moth box! 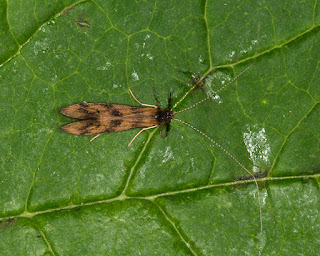 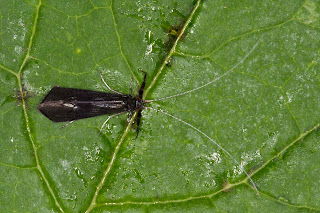 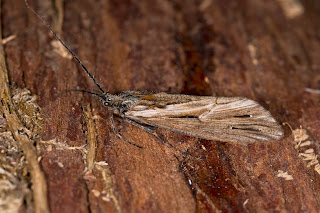 My walk around the ponds was interrupted by a very big flying object which took me by surprise at first as this is the first time I have seen one for a very long time. After watching it going through the process of collecting nesting material I finaly got a photo. 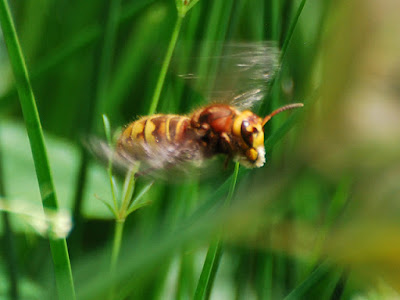 A very big Queen hornet, I estimated 4 to 5cm.
The sad thing is because of where it was I had to go and report it to the land owner and after showing him where it was he said that it would more than likely not be there the next time I visit.
Posted by Mike Thornton at 23:07 1 comment:

While investigating a tiny outlier of VC41, in the otherwise staunchly VC42 square SN9908, I came across this rather attractive Cranefly, with a very distinctive pattern on its wings. The habitat was slightly rank marshy grassland, close to forestry, at 380m ASL. Despite its apparently distinctive markings, I have been unable to find it anywhere online, so any suggestions will be welcome. 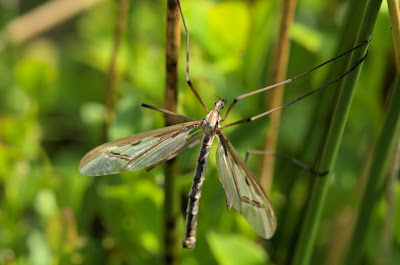 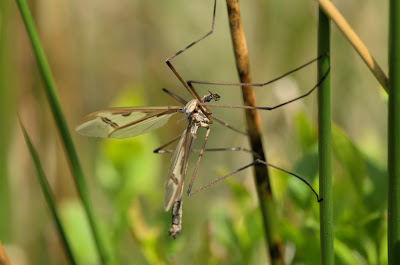