Two new additions to the garden list yesterday - a Ruby-tailed Wasp and a Snipe Fly. The wasp would not keep still for long so had to settle for a 'grab' shot. 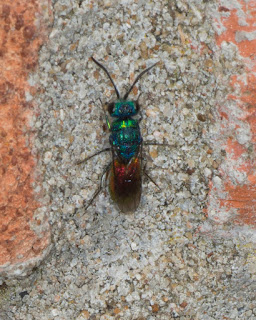 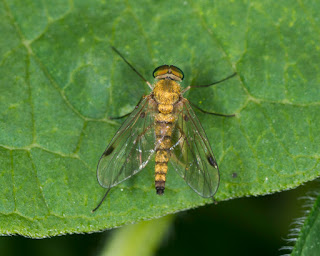 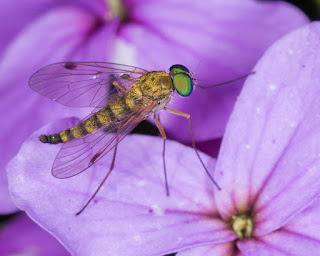 I set the moth trap at Cadoxton Ponds last night and had the biggest caddisfly i've ever seen in the trap this morning.
Apologies for the poor photo but is it possible to id it as Phryangea bipunctata? 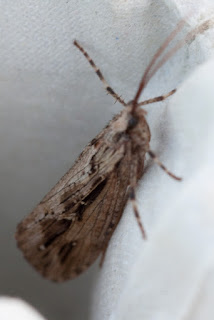 Last summer, while lurking around Pwll Waun Cynon nature reserve, in the Cynon Valley, I noticed that several of the shoots of Creeping Thistle, in an otherwise healthy population, were startlingly creamy white; obviously lacking in chlorophyll. I checked for rusts, and found none present.

Yesterday, I called in to PWC again and saw that there were several chloritic shoots present once more, in the same area of the reserve.

I had a search online and found this interesting article on the subject. It would be useful, I think, to keep a record of any such plants we come across.  http://www.llanellinaturalists.org.uk/index.php/March-2009/the-mystery-of-the-qwhiteq-thistles.html
Posted by Mark Evans at 20:33 3 comments:

Spotted a cluster of what turned out to be spiders on a wooden post in the garden yesterday. Amazing things - if you touch the web, or the cluster, they instantly scatter and then slowly reform. These two clusters were originally one, approx 20mm diameter. Very difficult to resist the temptation and watch the mayhem. 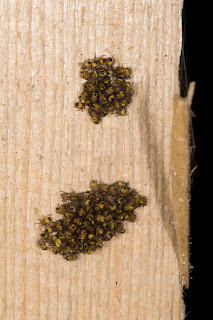 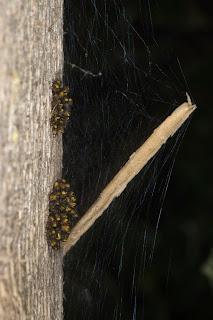 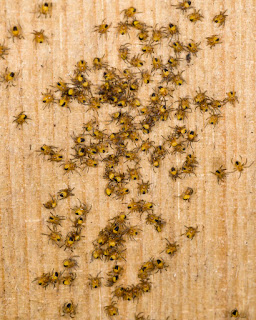 The bright red Cardinal beetles make themselves obvious at this time of year, as they sit about on foliage along woodland rides and edges. We have two species in Glamorgan (there is also a third, much rarer species which inhabits upland birch woods and isn't known from the county). Luckily, the two can be distinguished easily based on the colour of the head.

The Red-headed Cardinal Pyrochroa serraticornis is the commoner of the two, and although it occurs in ancient woodland it isn't restricted to this habitat, and can be seen, for example, along the Taff river corridor in Cardiff. I even had one in my garden last year. 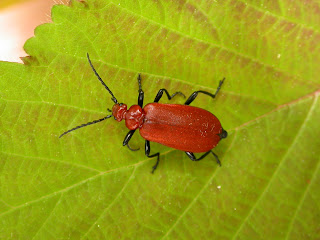 The Black-headed Cardinal Pyrochroa coccinea is more restricted to ancient woodlands. The individual in the photo below was seen on a leaf in the woods near Castell Coch a couple of weeks ago. 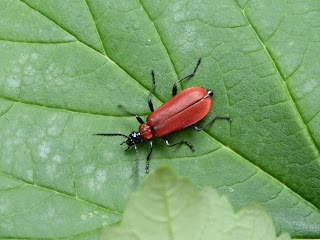 Keep an eye out for them, and please submit any records to SEWBReC.
Posted by GMT at 21:35 2 comments:

Mike Powell & myself went to the Vale today to count Greater Butterfly Orchids at Porthkerry, which we saw 110 spikes and then went along to Bull Cliff, The Knap to look for Purple Gromwell, again finding a few flowers along side the carpark area. Apologies for quality of photo, from my iPhone & it was windy! 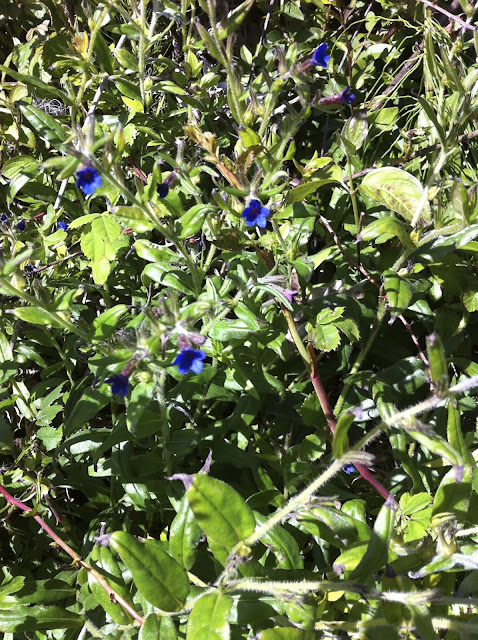