Spent a pleasant few hours wandering around Parc Slip this morning. Saw my first damselfly of the year - a Large Red Damselfly -  and a number of bumblebees and Honey Bees. Lots of wildflowers on show attracting lots of bugs - mainly hoverflies. Identified Eristalis tenax and E. pertinax and a very nice Volucella pellucens but not sure about the Parasyrphus punctulatus. 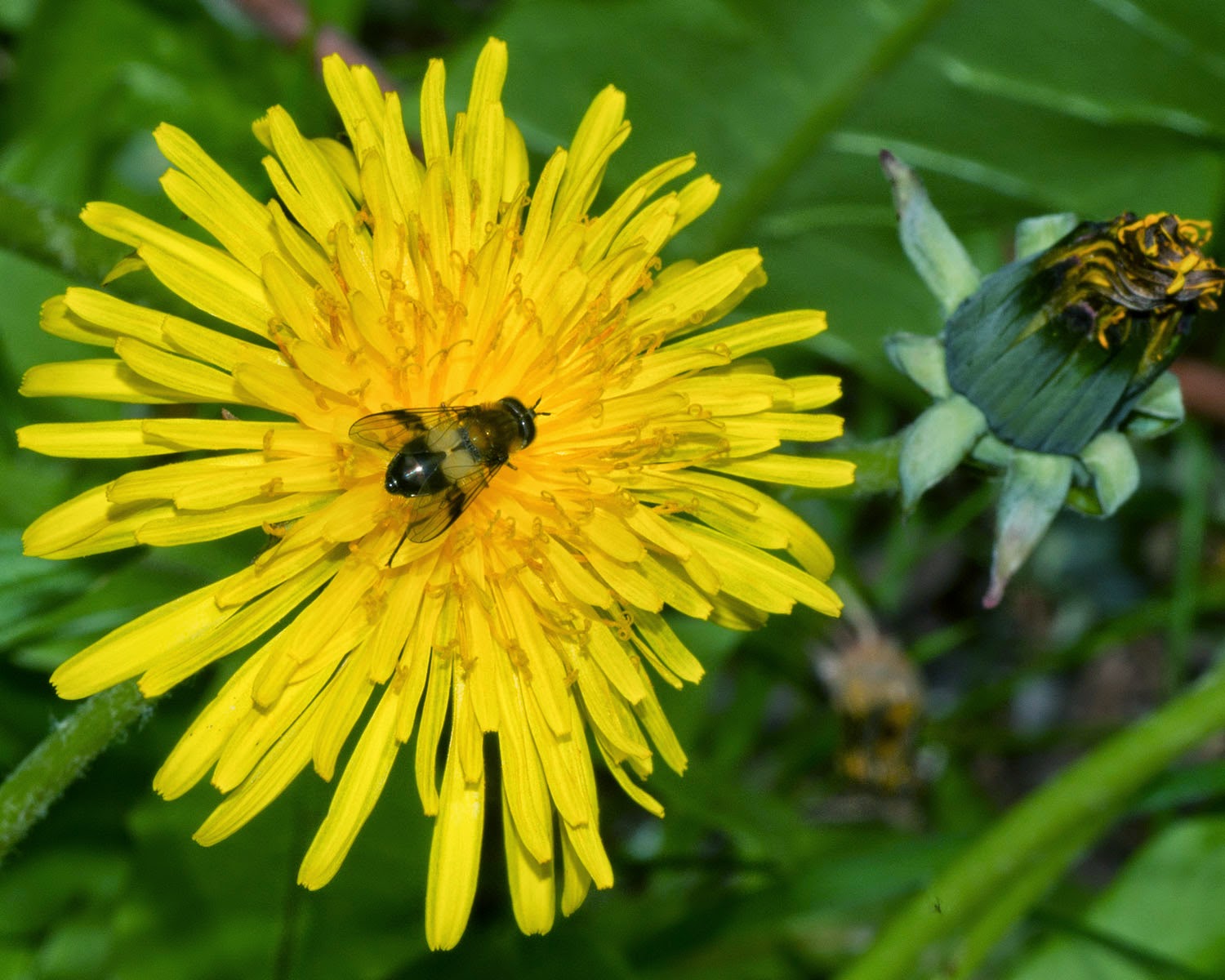 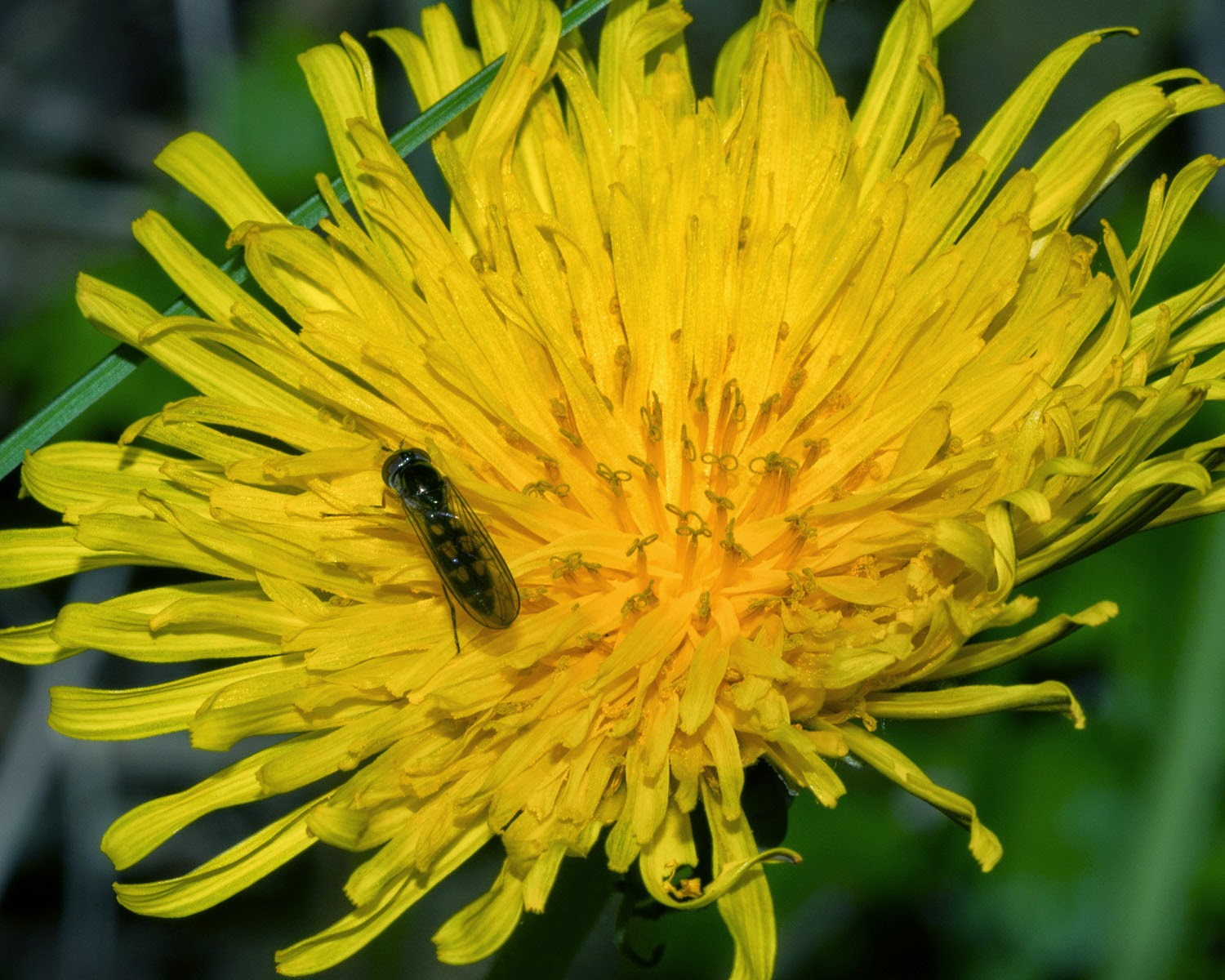 Also saw what I believe to be a Face Fly, Musca autumnalis (new for me) 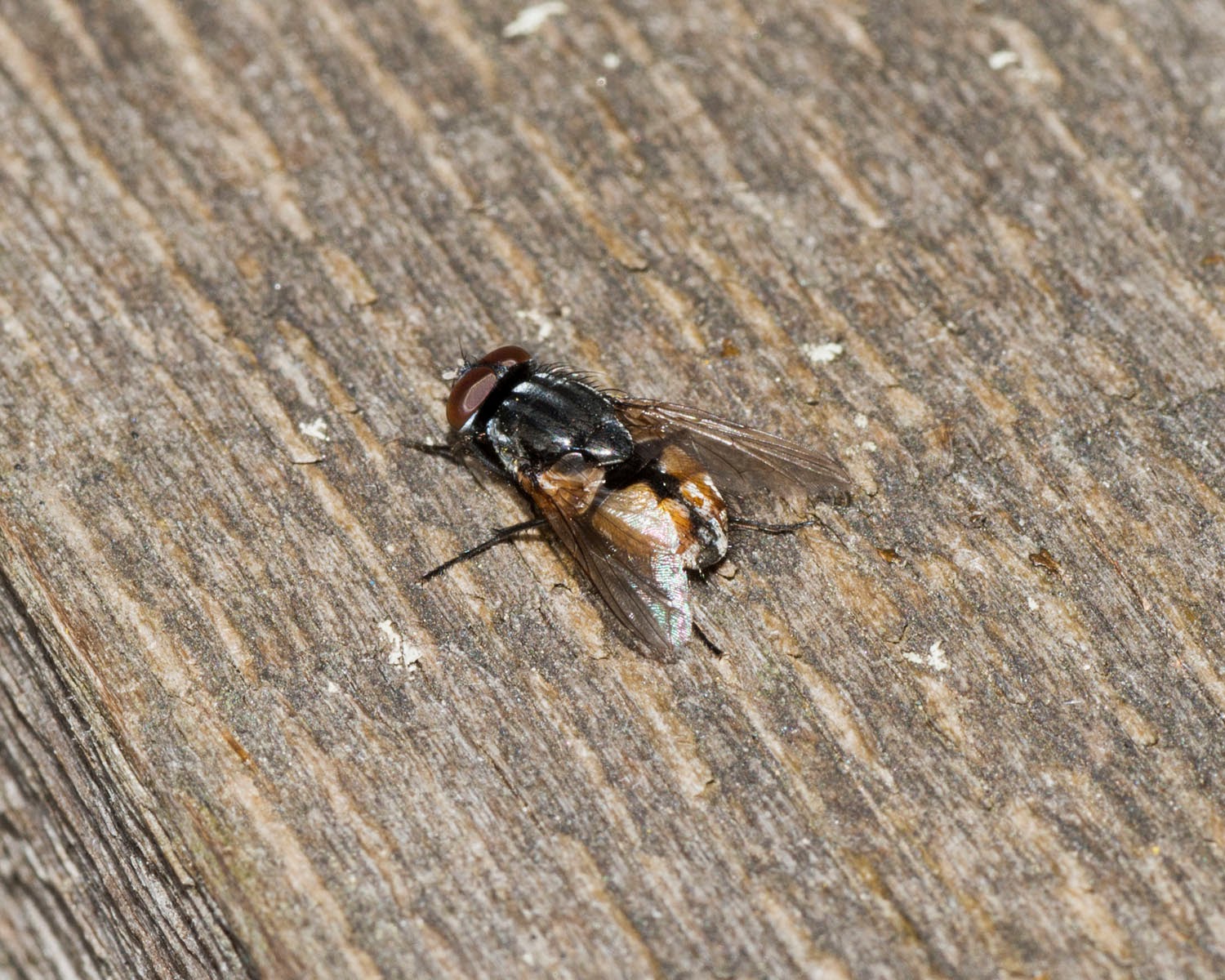 and my first Large Bee Fly 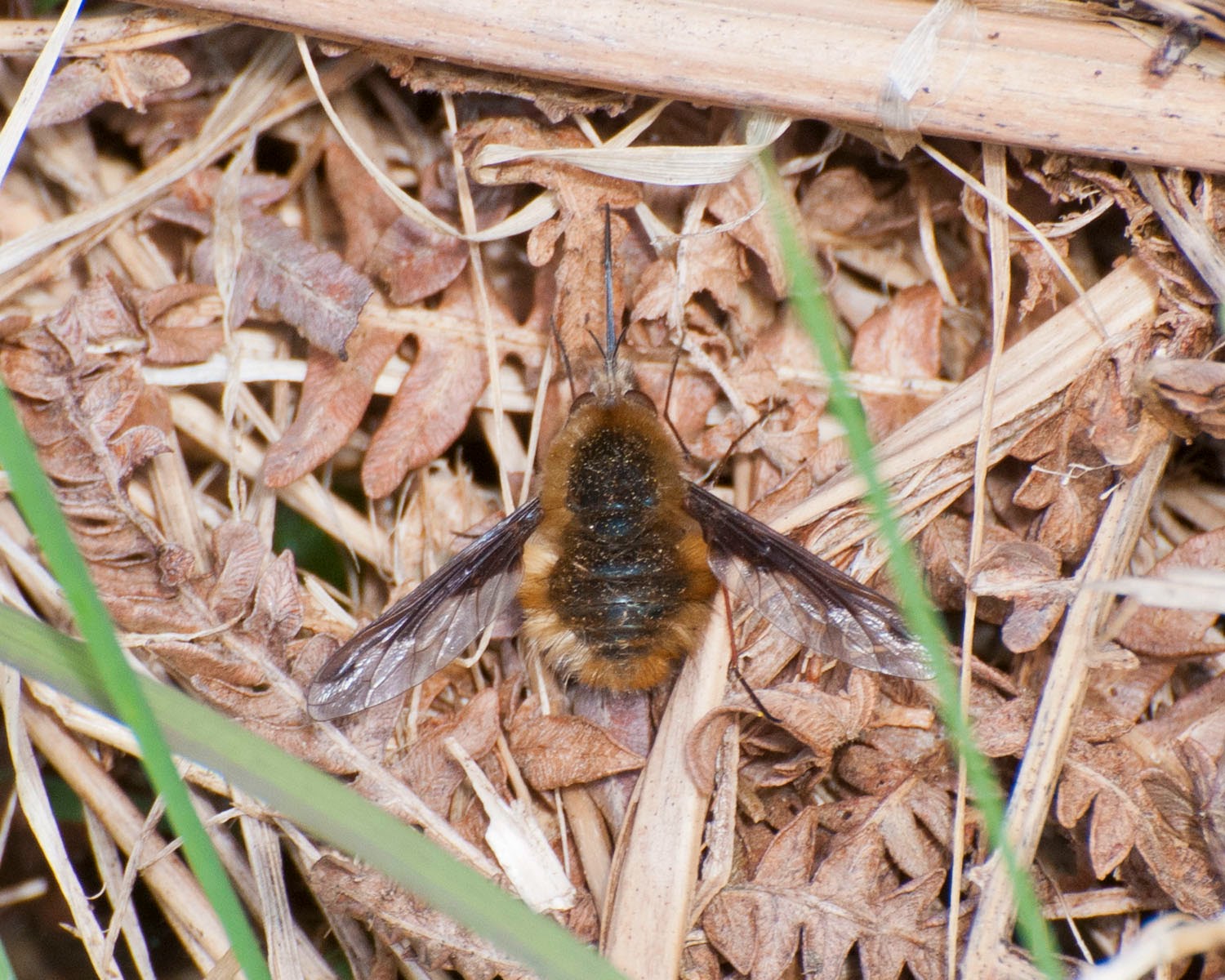 Following an identifiction suggestion by George, I searched the net for info on Rove beetles and came across an image that looks very similar to something that appeared in the trap last September. Could this be an image of Deleaster dichrous? 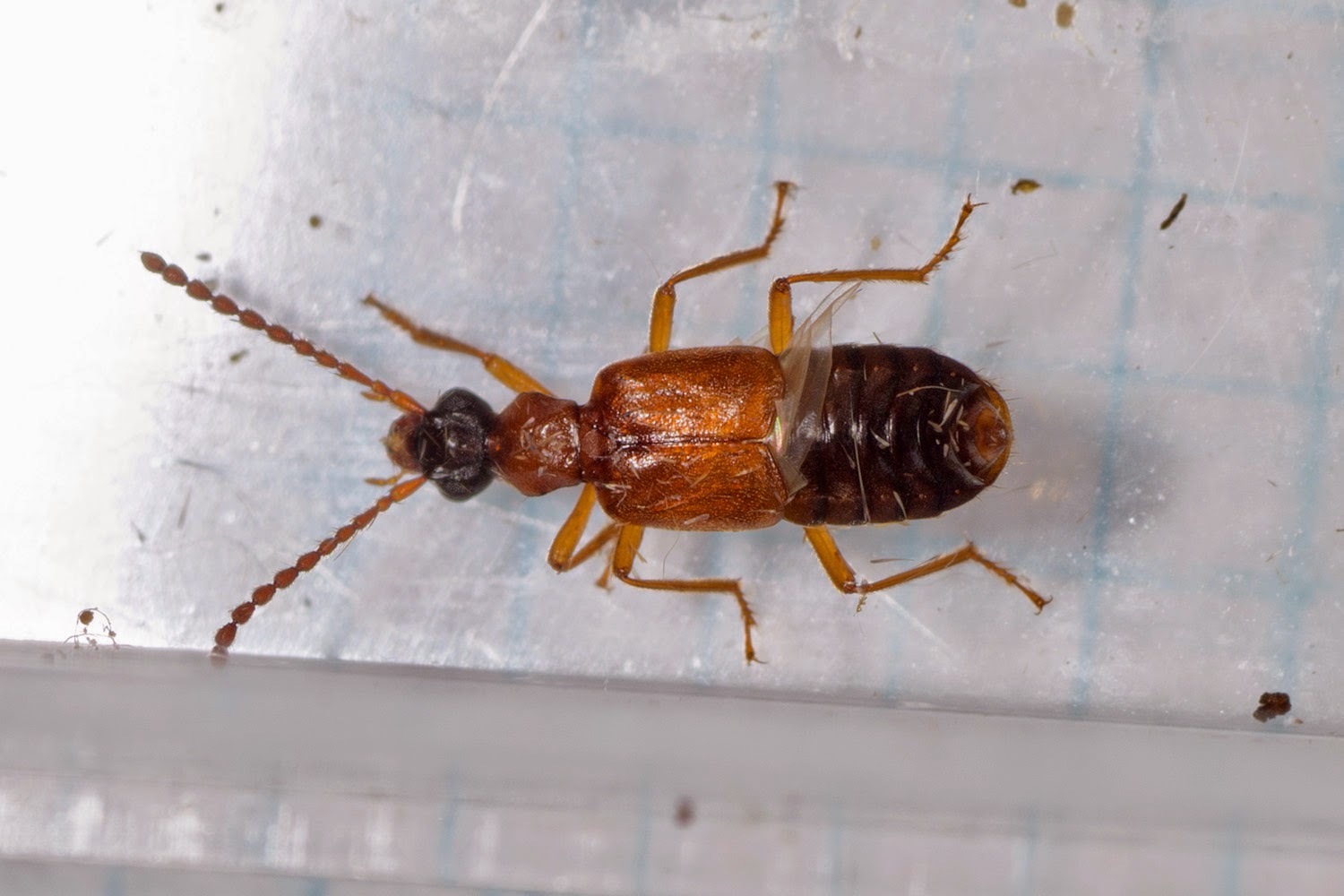 Pottering around with Polypodies

Polypodies (Polypodium spp.) are a group of ferns with something of a reputation for being a bit difficult to tell apart. Nevertheless, with a bit of experience it's possible to distinguish quite quickly between the two common species - P. interjectum (Intermediate Polypody) and P. vulgare (Common Polypody). In the field, this can be done on the basis of frond outline and the shape of the blobs of spore-cases (sori).

When in doubt, though, microscopic examination is needed, and so the other day I was working through half-a-dozen specimens that I had pressed during the last year.

One of these, which I had collected in March 2014 from Aberthin, I had initially thought might be a form of P. interjectum. It was pure ignorance on my part that I didn't suspect the much rarer P. cambricum (Southern Polypody) at the time, because it was a textbook example, with much wider fronds, and strongly toothed pinnae.


I'd not seen P. cambricum before, so I was quite pleased when under the microscope, it proved to have, as it ought to, only about 4-6 thick-walled cells on each spore-case (sporangium).

However, another well-documented feature peculiar to P. cambricum - the branched hairs or 'paraphyses' amongst the spore-cases - took a bit more effort to find. Although 'Stace' (edition 3) says these are >0.5mm long (and 'Flora Europea' says 0.6-1.2mm), you would have a job to see these with even a x20 hand-lens, as they're even thinner than the stalks of the spore-cases, and well-hidden amongst them. Colin Page's helpful 'Guide to Cumbrian Ferns and Fern-allies' says they are "very easily overlooked, especially when infrequent".

My persistence paid off, though, and I eventually found a couple of these hairs. I even managed to take a photo of one through my ancient brass microscope, by messing around with the settings on my Canon PowerShot. The surprising results of combining 19th-century and 21st-century technology!


P. cambricum is quite a local plant in Britain, with a southern/western, mostly coastal distribution. In Glamorgan there are a number of recent sites in the Gower, but apparently very few localised records from East Glamorgan. At Aberthin there are two metre-long colonies within a short distance of each other, growing on an old laneside bank made of limestone blocks - in firm agreement with its reported habitat of calcareous rocks.

bugs in the evening sunshine

Sat in the garden with some tea close to hand, enjoying the last of the Monday evening sunshine and found myself watching the insects 'dancing' in the air. The dance extended as far as I could see over the neighbouring gardens and ended abruptly when the sun set.

There appeared to be two layers of participants. the lower layer included these two little beasties, approx. 5-10mm, who paused for a while on the wooden patio furniture. 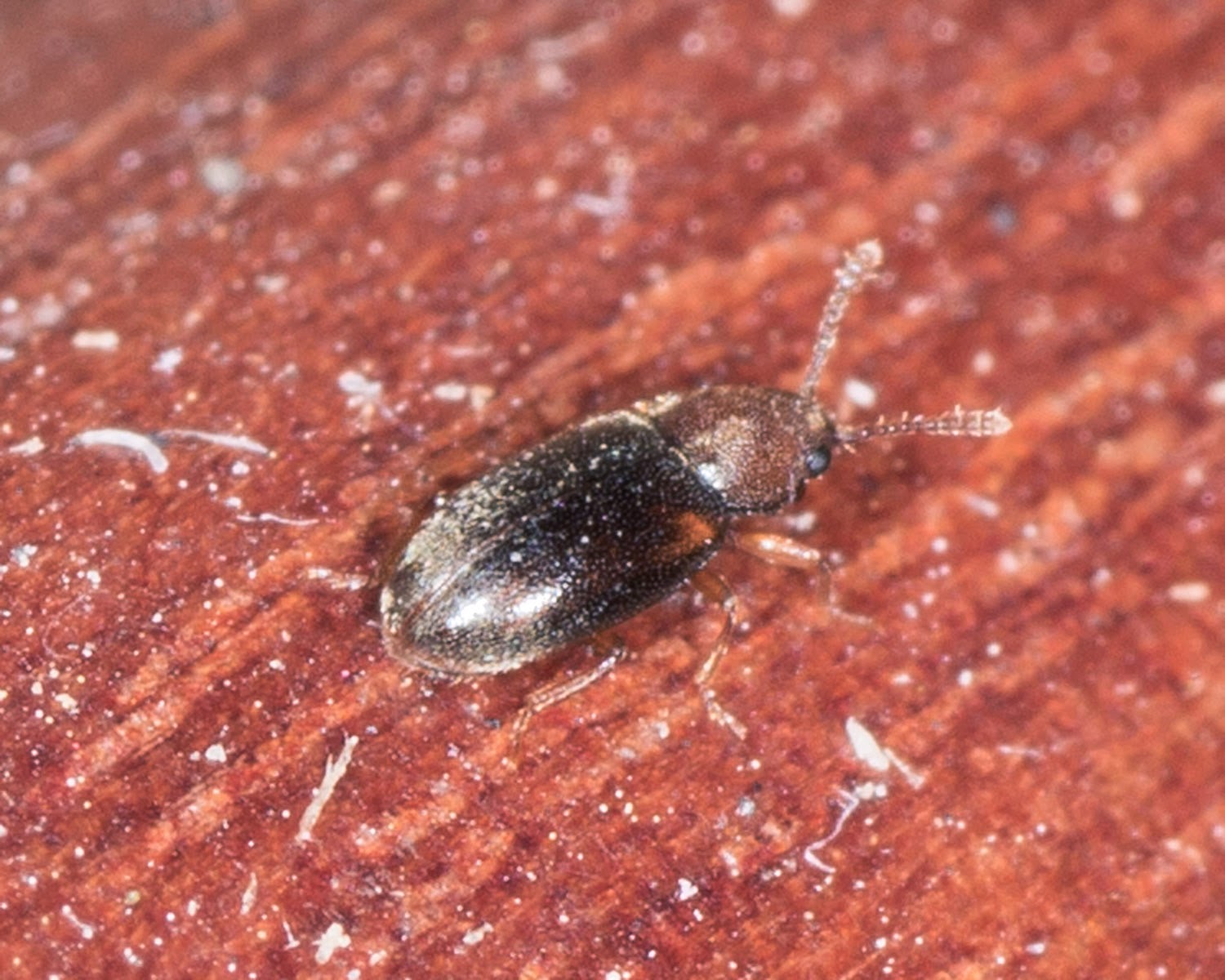 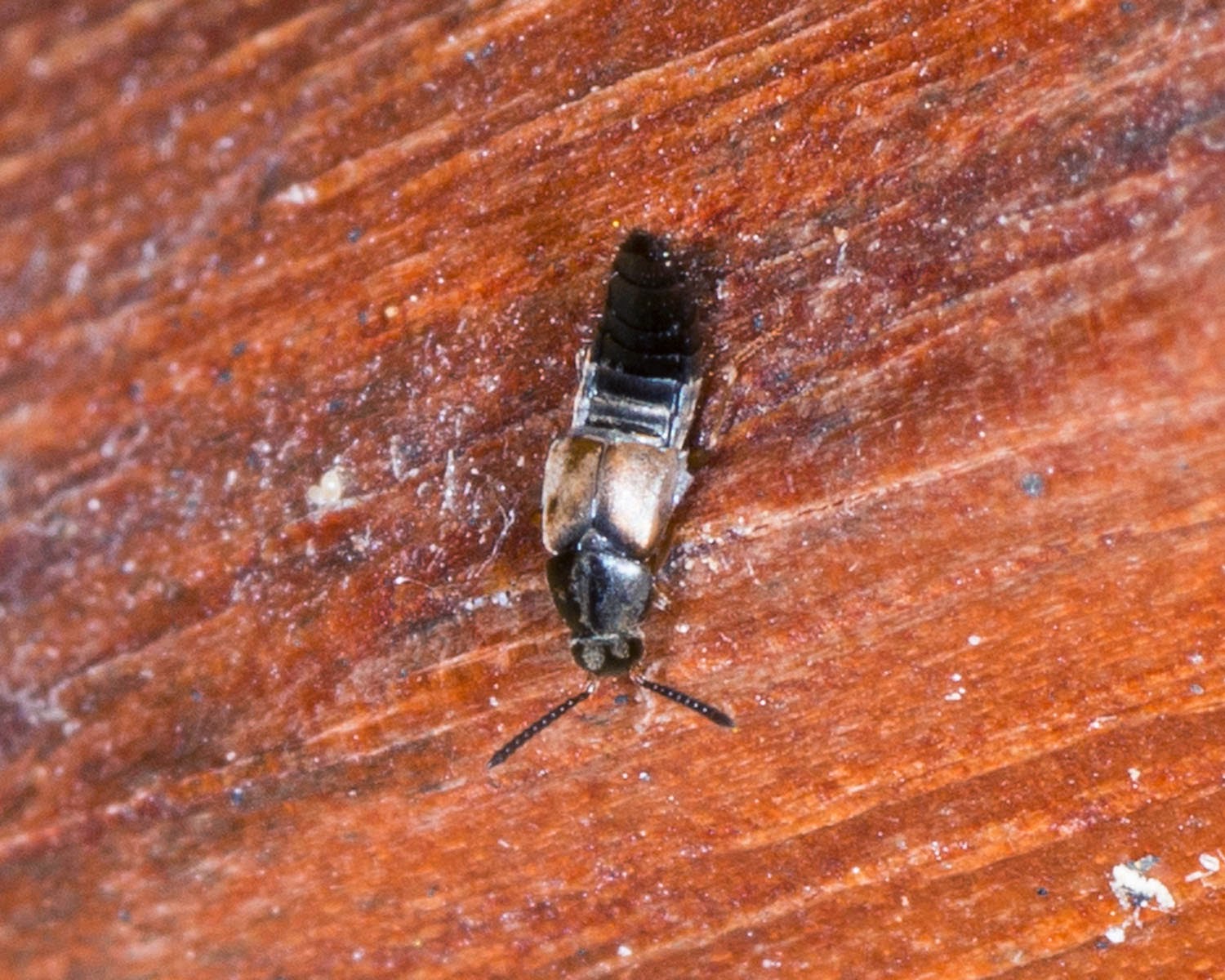 The upper layer consisted of larger Tipulidae. These appeared to fly in more elaborate patterns and occasionally two would join and fly/tumble to rest on the garden woodwork. 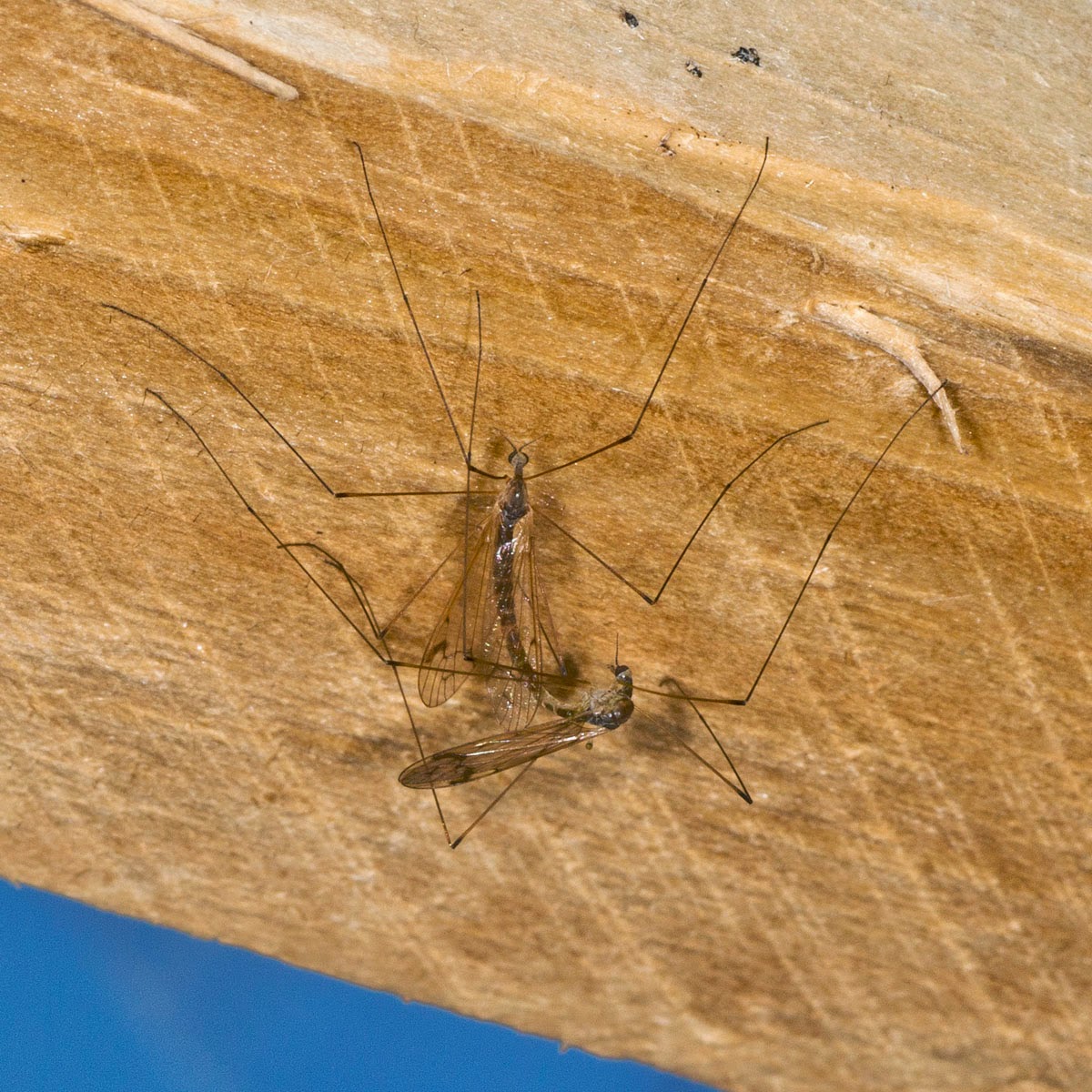 Don't know what any of these are but it was mesmerising to watch.
Posted by Howard Burt at 21:30 4 comments:

The sallow blossom at Cefn Mably Woods (ST2184) was buzzing with insects this morning, but most of it was at the tops of tall bushes and impossible to view closely. However, one bush had been bent over by a conifer which had fallen on it, resulting in sallow blossom right by the track. On this one bush were nectaring Rd Admiral, Peacock and Brimstone butterflies, as well as numerous hoverflies. The best of these was the bumblebee mimic Criorhina ranunculi - an early spring species which favours sallow blossom.

Back home in the Llandaff North garden, I was pleased to see my first bee-flies (Bombylius major) of the year, as well as the lovely Red Mason Bee (Osmia bicornis) and a Small White butterfly.
Posted by GMT at 21:53 No comments: