Late record of a Common Wasp 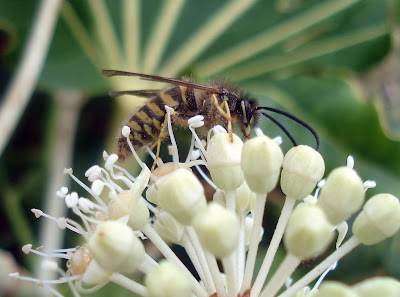 Nothing particularly unusual about this insect, other than it is the latest date in the year I have seen still flying.  It was feeding rather lazily on the blossom of a False Castor Oil plant (Fatsia japonica).  I am pretty sure it is a Common Wasp (Vespula vulgaris) rather than the similar looking Tree Wasp.  The Fatsia must be one of the latest flowering plants around as it is just getting into the swing of things and looks like it may keep going a while longer.  It was attracting a surprising number of insects in the weak sunshine this afternoon despite the low temperatures.

There are surprisingly few records of this species in Mapmate (124) but I guess people tend to not record such a ubiquitous species!  This is the latest November record, the only other being one of Barry's from 2nd November.
*********************** 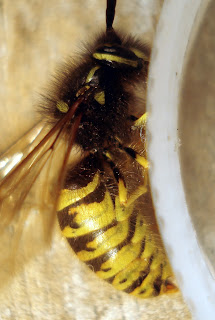 Here are some close-ups of the wasp, which if you read the comments below you'll see I am struggling to id.  If anyone reading this can offer any suggestions I would appreciate it!


Also a late record of the very common hoverfly Eristalsis tenax from the same plant on the same day. 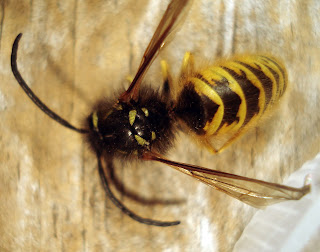 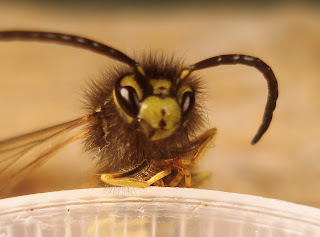