We all know that the winter of 2013-14 was very, very wet, but just how wet can be gauged by the charts below. I have been keeping rainfall records since 1994 and since 2007, when I got my first computer, I have been able to put them on a spreadsheet. These Excel charts show that although the winter (1st December to 28th February, following the Met Office definition)  as a whole was the wettest I've ever recorded, none of the three months turned out to be record breakers. What was remarkable was that three months, all with the second highest totals followed each other; something I've never seen before.

Living near Aberdare, in the upper Cynon Valley, we are used to high rainfall, the average annual rainfall for my garden being around 1.80m, but this winter was exceptional, not least because from December through into February, there was an unbroken run of 66 days with measurable rainfall (0.20mm or greater), which again is something I've never seen previously.
One can only hope that after all this, the three remaining seasons turn out to be a little below average in rainfall and above average in  temperature. 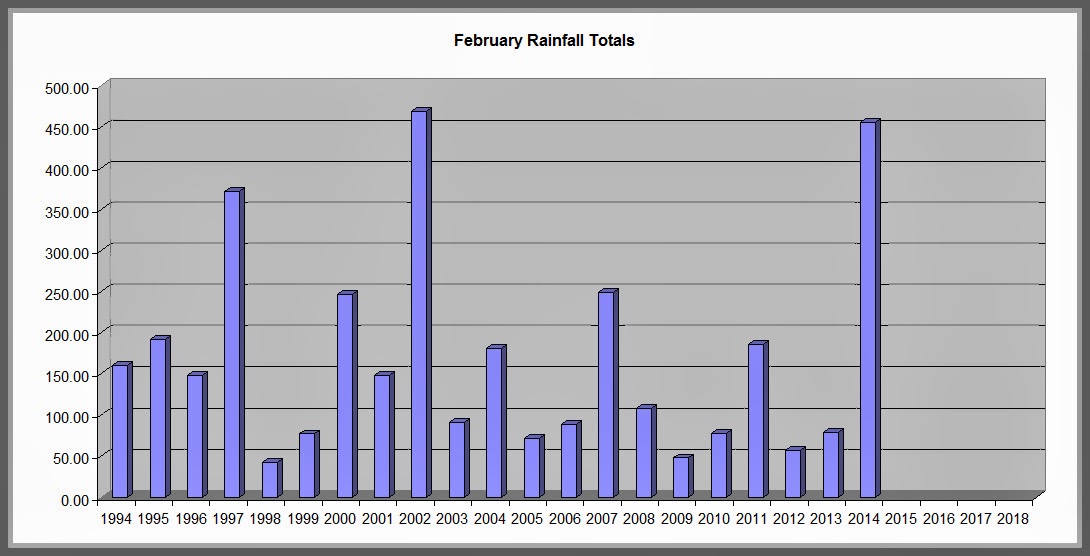