While moth trapping in a conifer plantation, at 420m ASL on the mountain between Aberdare and Maerdy, Friday night, I was delighted, after many years since my last sightings, to see two Eyed Ladybirds (Anatis ocellata), one with and one without the pale rings around the black spots. 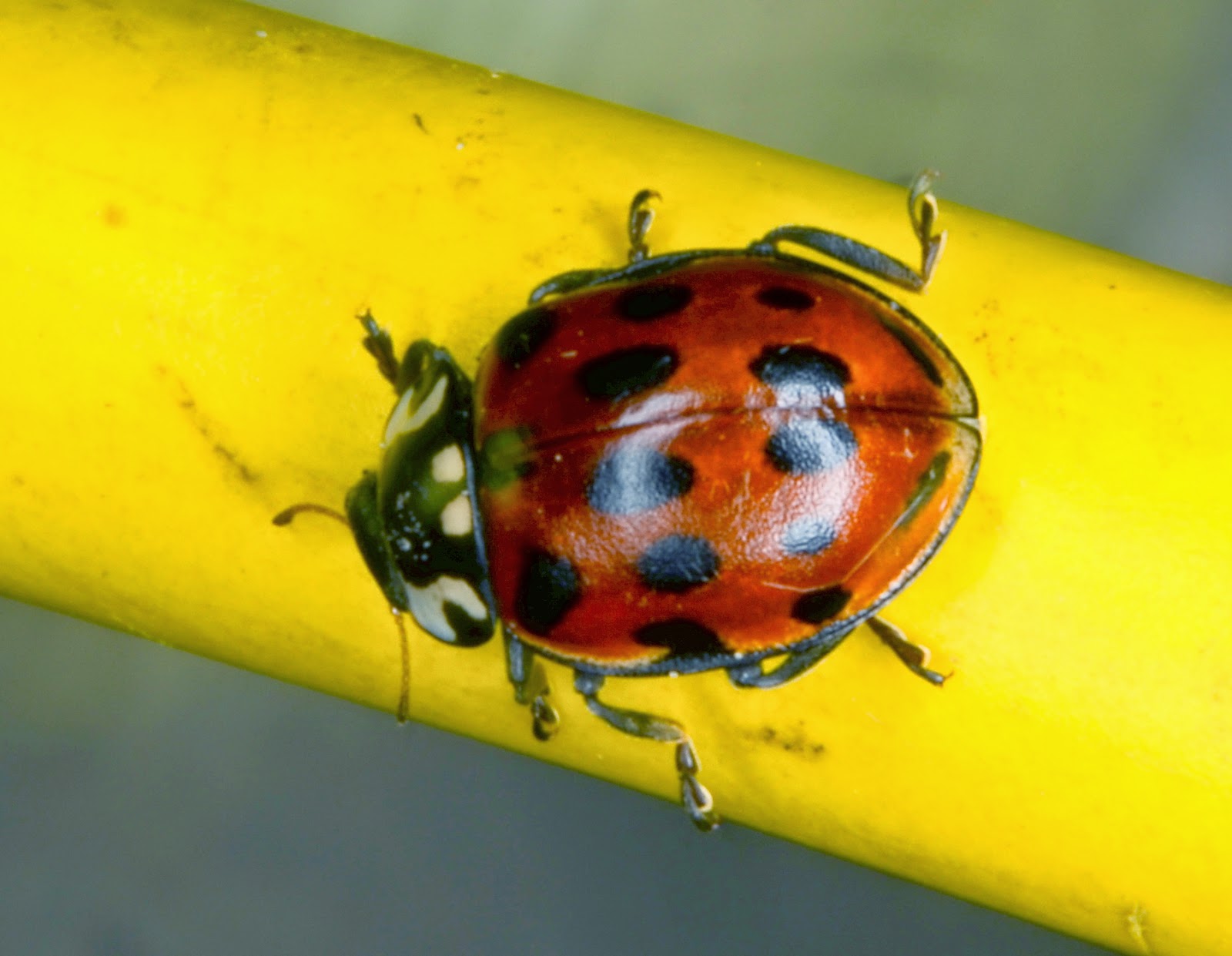 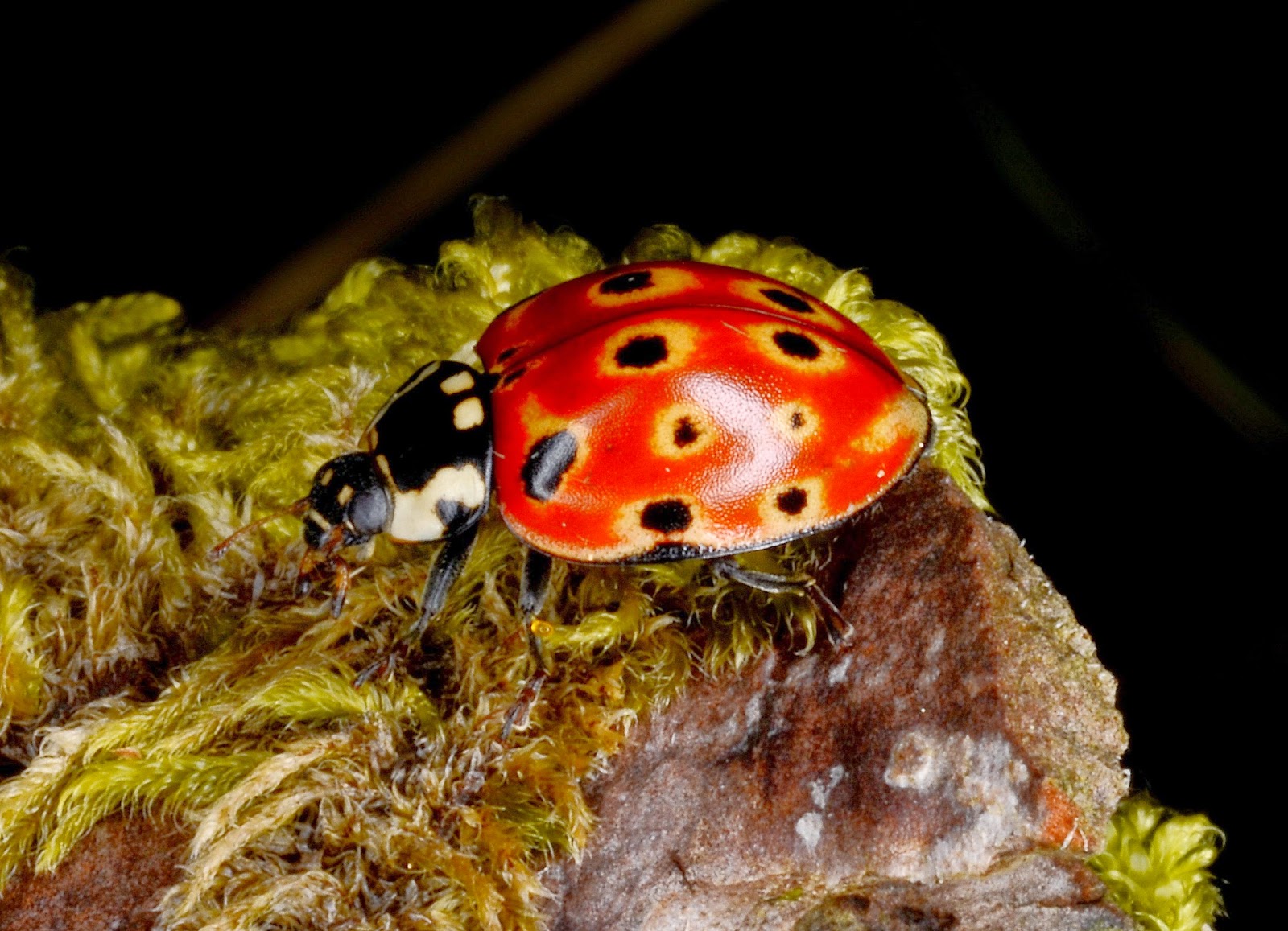 After moving the one without the rings from the moth trap and putting it on some logs to photograph it, a peculiar thing happened that I wasn't aware of at the time and only noticed while processing the photos on the computer. Between the photo of it on the cable of the moth trap and placing it on the log, two yellow blobs have appeared, one each side of the pronotum. 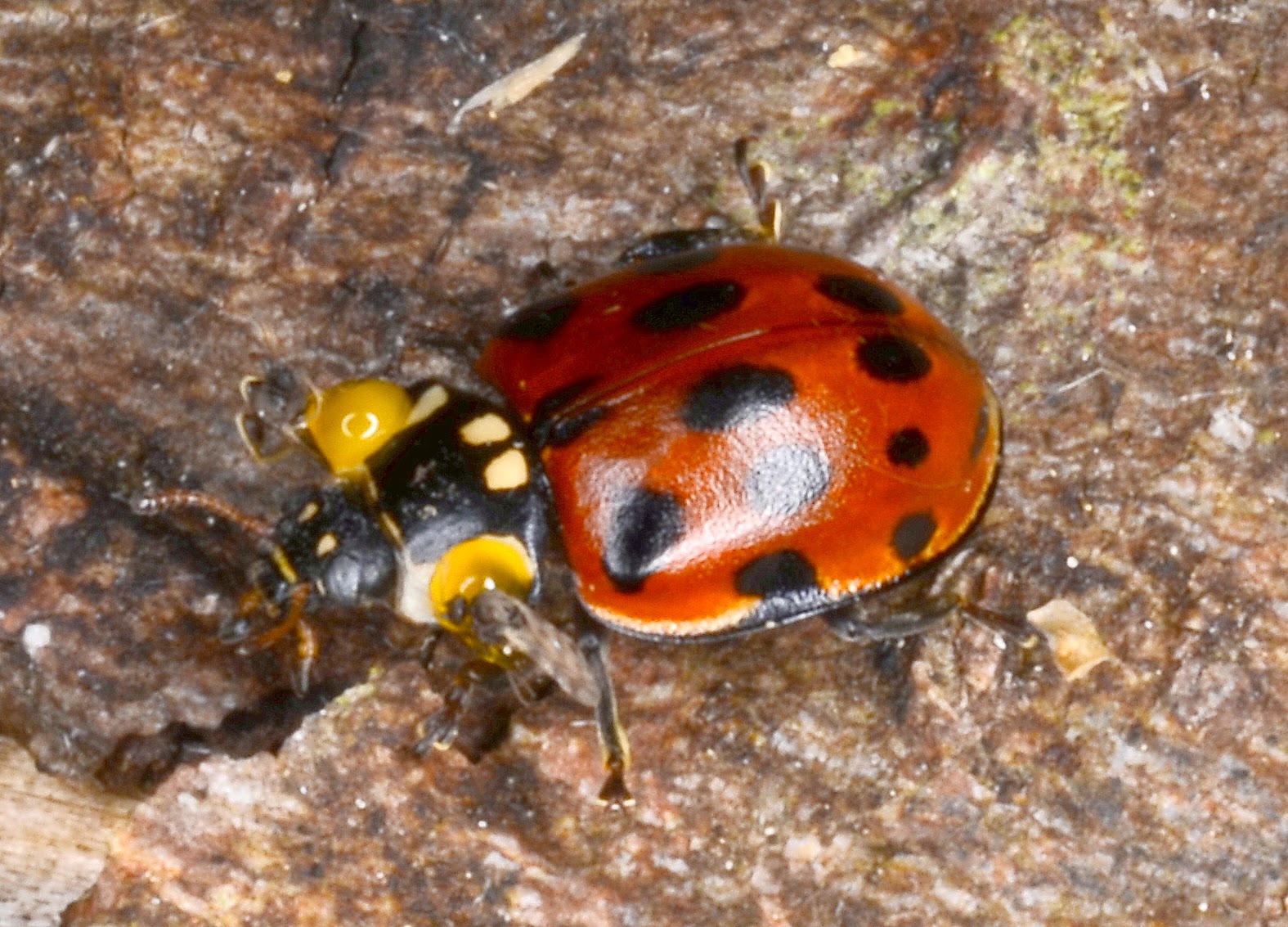 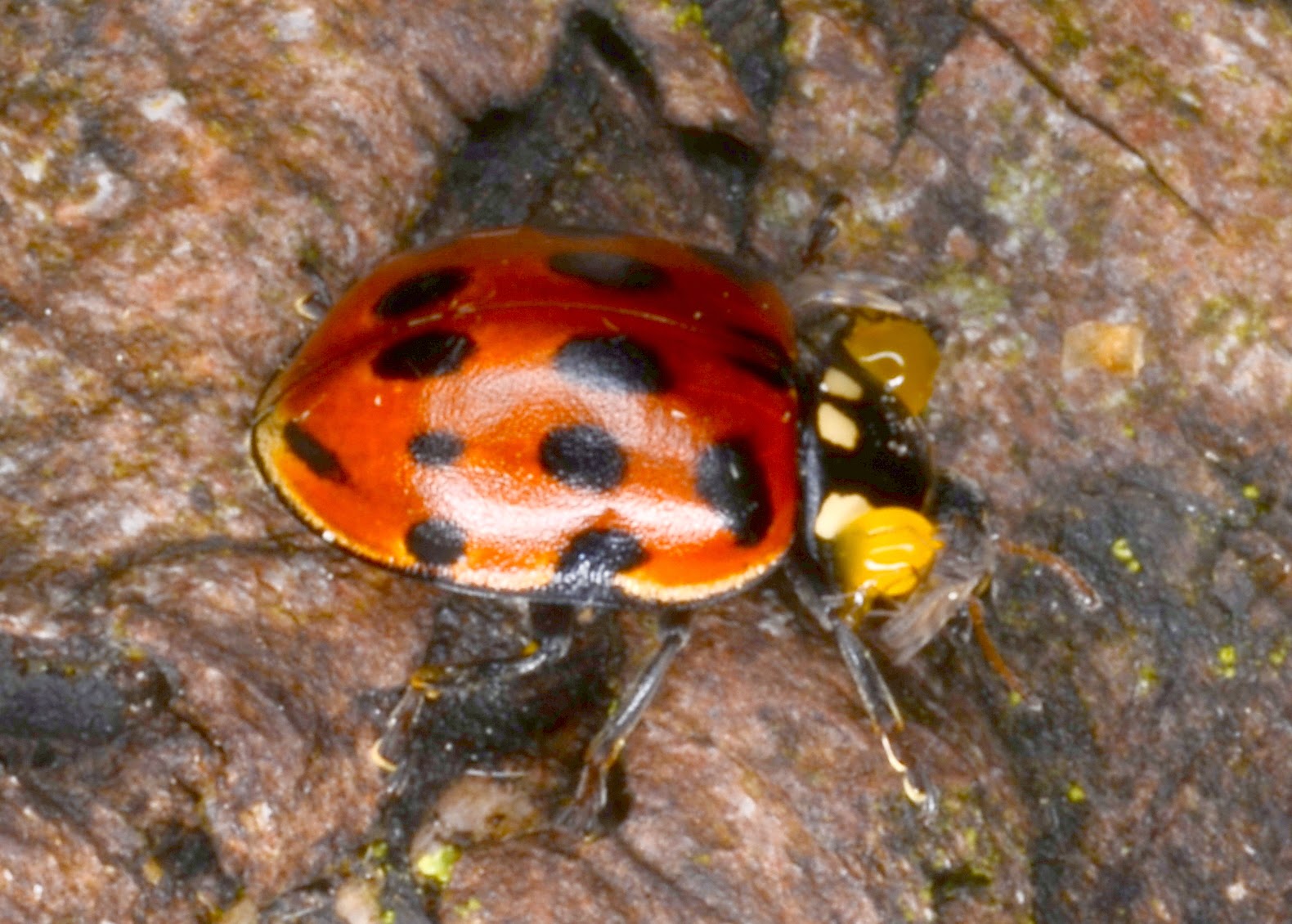 What are these? are they something exuded by the ladybird as part of a defence strategy, or are they something more sinister? Also, what are those two winged insects doing: could they be attracted to the yellow substance? I wondered for a while whether I was seeing both ends of the yellow larva of the ladybird parasitic wasp Dinocampus coccinella, but I think they are just two blobs of yellow liquid.

Also attracted to the light was a burying beetle Necrodes littoralis, with its attendant mites, and also a small beetle with long antennae, which I haven't been able to identify, but may belong to the genus Luperus. 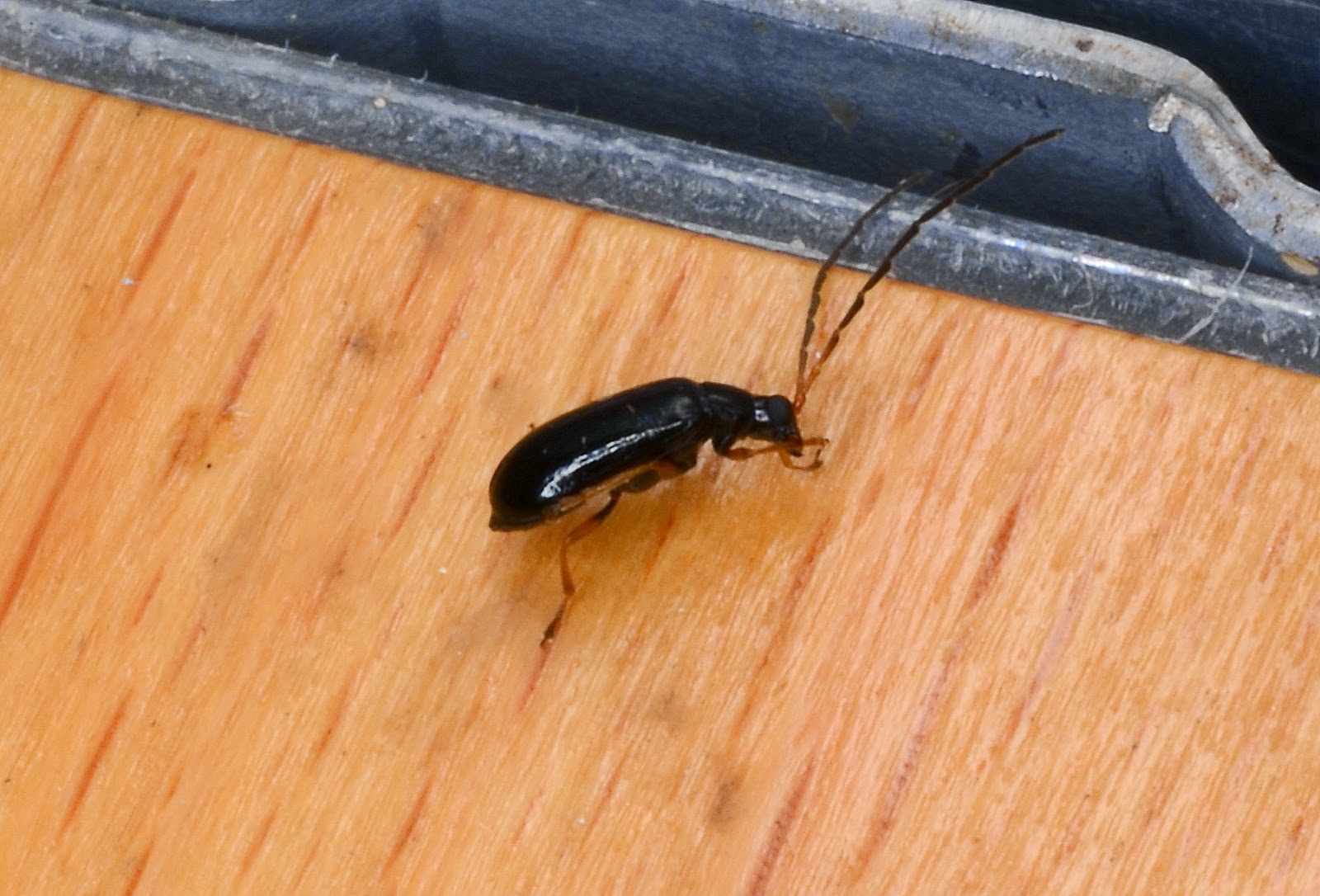 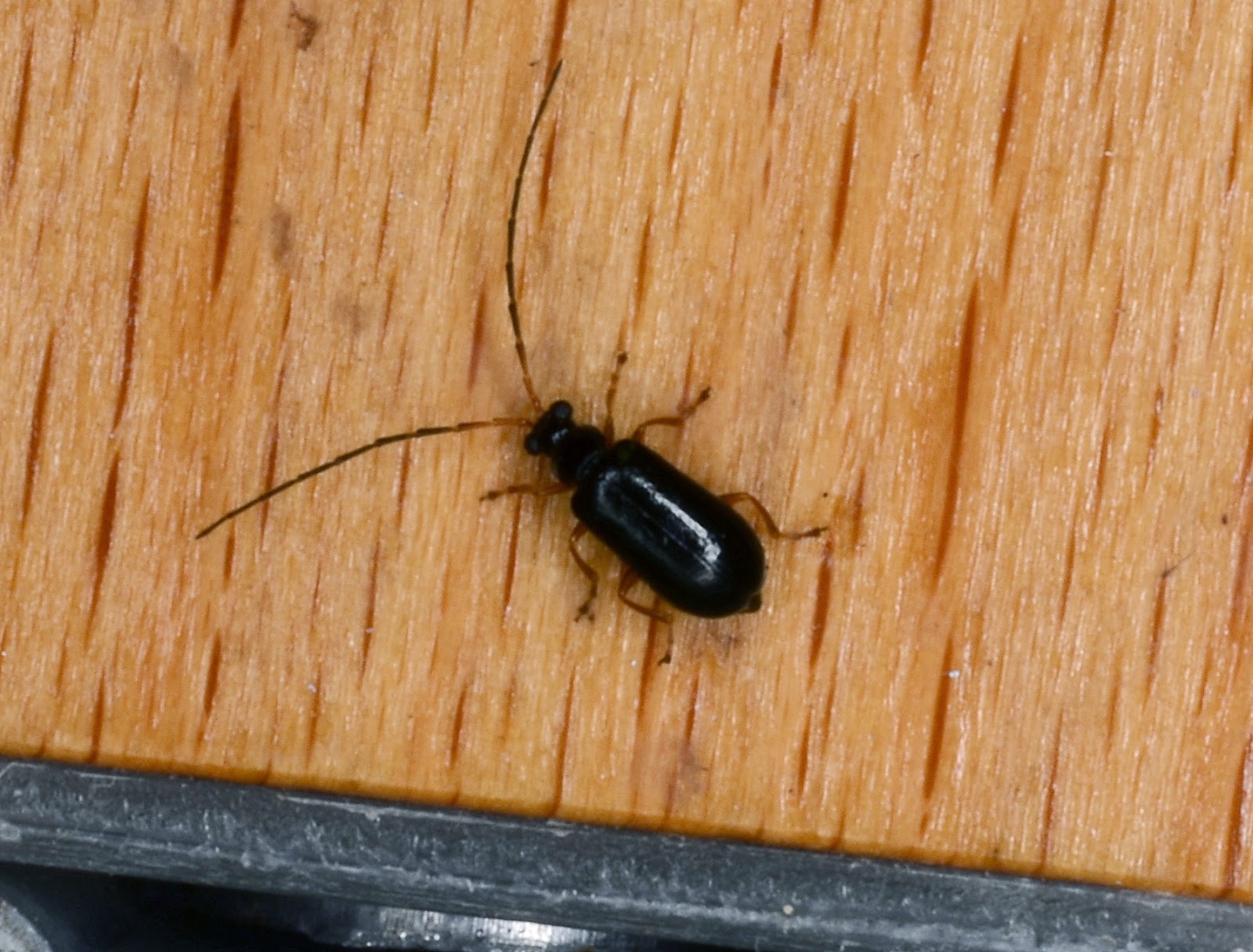 Finally, as I was packing up, I found this always impressive Carabus problematicus, which is the upland counterpart to the more familiar Violet Ground Beetle (Carabus violaceus). 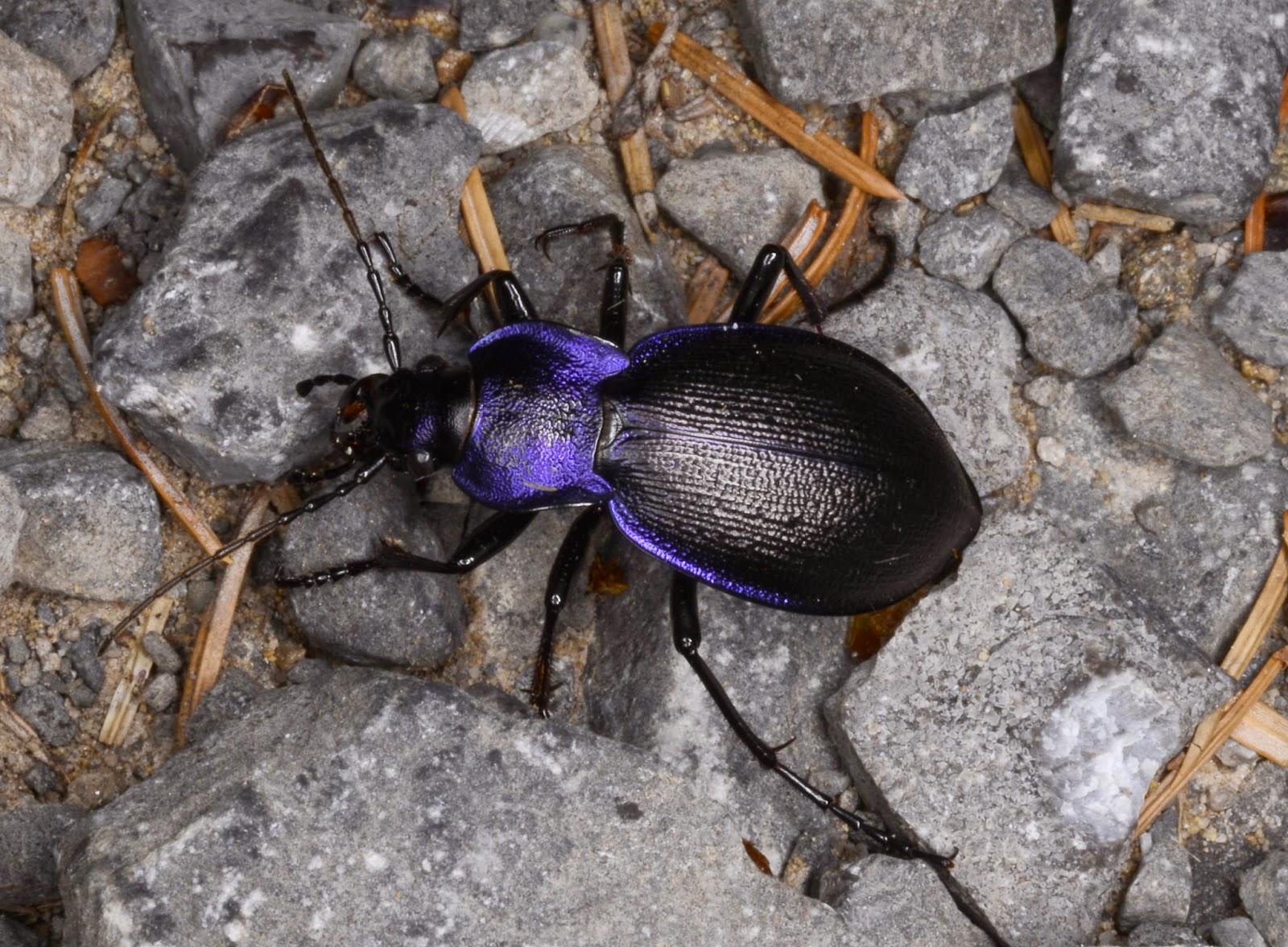 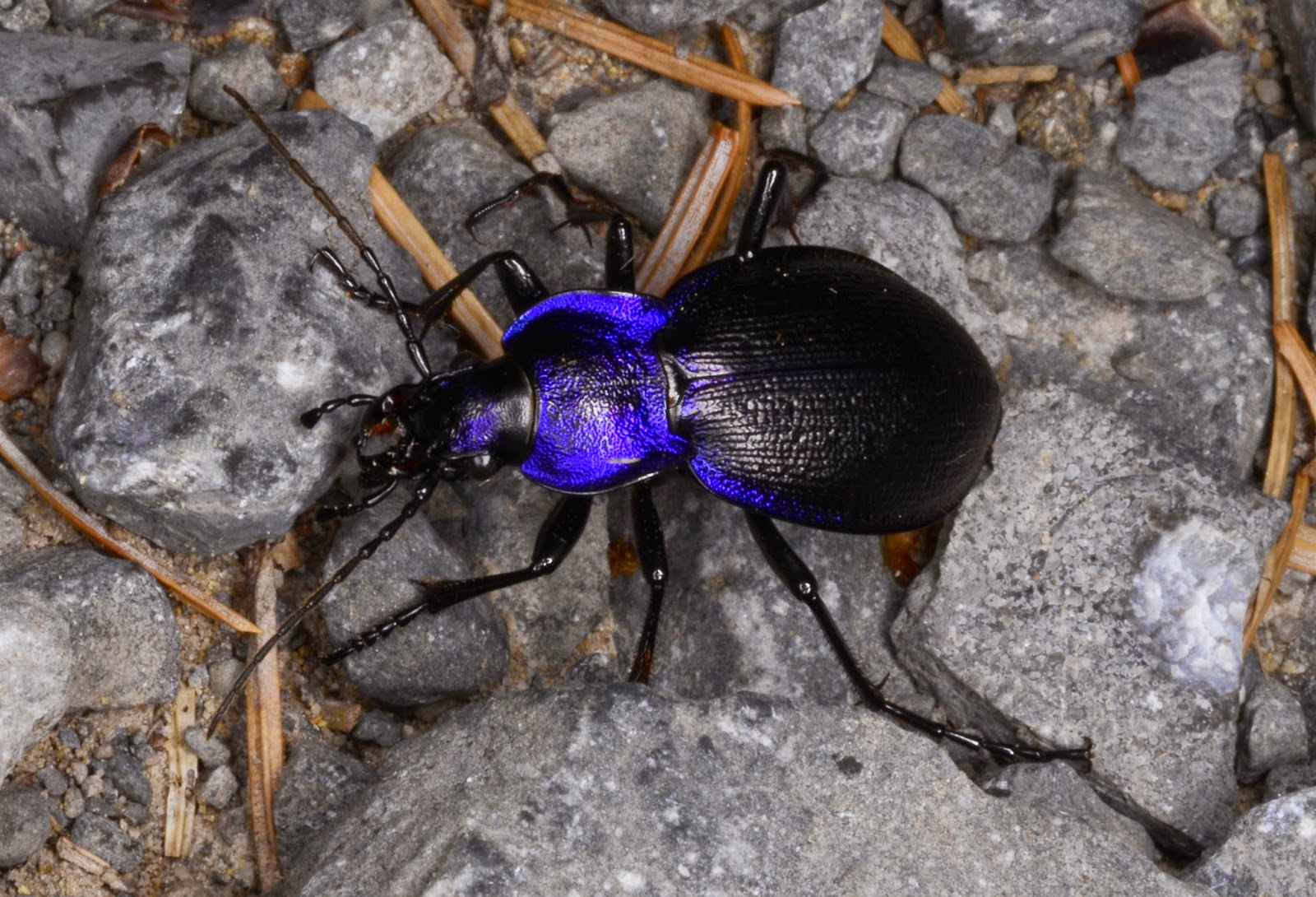