Apologies, but another query from me and my garden bugs!

Following recent visits from Entomobrya intermedia and Orchesella cincta, I found these two little beasties in the garden this morning - the first was on the sheet under the moth trap and the second was one of several I found under some wood on the decking. Although the colouring is slightly different, I suspect they are the same species .... but not one I've been able to identify. The grid is 2mm and both were of similar size - they even appear to adopt the same pose for photographs! 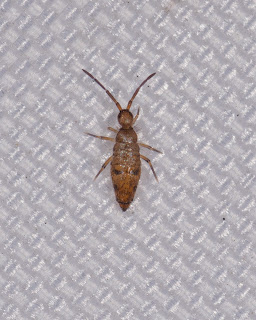 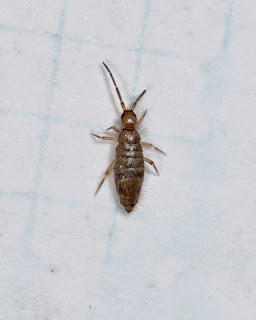 Once again any assistance appreciated.
Posted by Howard Burt at 19:40