A week or so ago, A friend of mine, Martin Bevan posted photos on another blogsite I visit, of a Spear Thistle, at Bryn Du, North of Llwydcoed, Aberdare. It was apparently suffering from the 'White Thistle Disease' I mentioned in an earlier post, but on looking closer at Martin's excellent photos, I began to suspect that it was in fact, a normal, healthy thistle, exhibiting an extreme form of variegation on around half of its shoots. It took me a while, but eventually, on Sunday, I managed to get up there to examine the beast up close and as can be seen from the accompanying photos, this striking and handsome plant is indeed variegated, with around half of the plant normally green, with purple flowers and the other half, mainly creamy white, with several of the leaves having green centres to them. 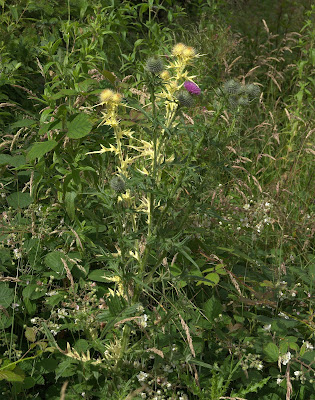 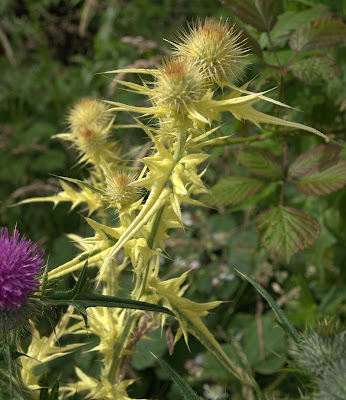 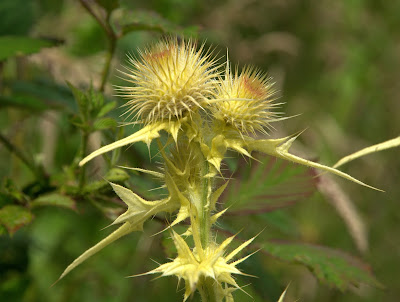 The flowers on the chloritic shoots haven't yet opened, so I will have to revisit the plant in a week or two, to see what colour they turn out to be.. Interestingly, Martin also found a clump of variegated Meadowsweet not too far away from this, though the Meadowsweet showed only hints of variegation.
Just how stable the variegation on this thistle and the meadowsweet prove to be remains to be seen.

While up there, I found this small group of Round-leaved Wintergreen, growing on the lower, wetter part of a partially vegetated, shallow bank of basic slag left over from forest road construction around thirty years ago. Until recently, this bank also held a colony of Small Blue butterflies, but none were seen this year. 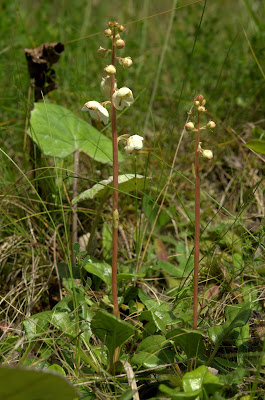 On Kidney Vetch seed head, on the basic slag bank, I came across this tiny jumping spider (apologies for the photo) which is certainly one of the Heliophanus species and is probably either H. cupreus, or H. flaviceps. 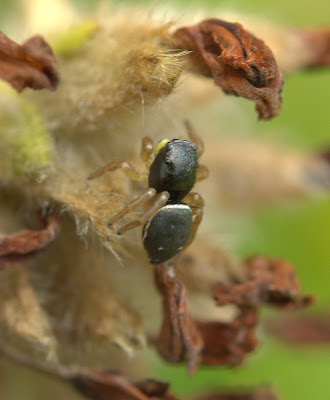 Another spider found wandering on the ground was this little beauty. I thought it might be an Alopecosa of some sort. 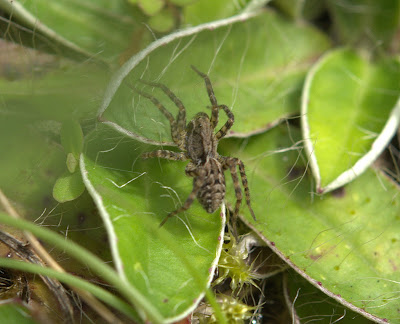 As for these, I have no idea and don't realistically expect an identification. 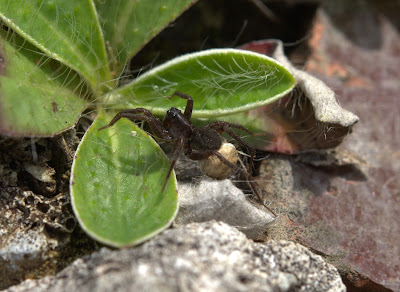 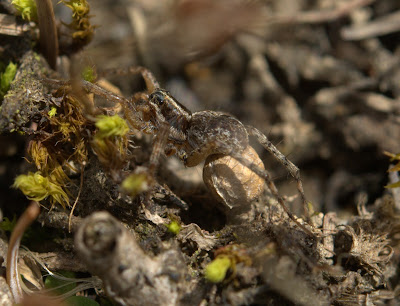 This last insect has me stumped. I can't find anything like it in my general insect field guides. It was resting on the leaf blade of a bullrush and was very small. I love the dark venation on the leading edge of the wings. 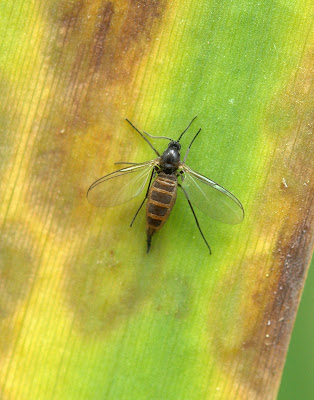