Several of this species of Weevil arrived in my moth trap recently and caught my eye because of its very distinctive elongate and curved rostrum. 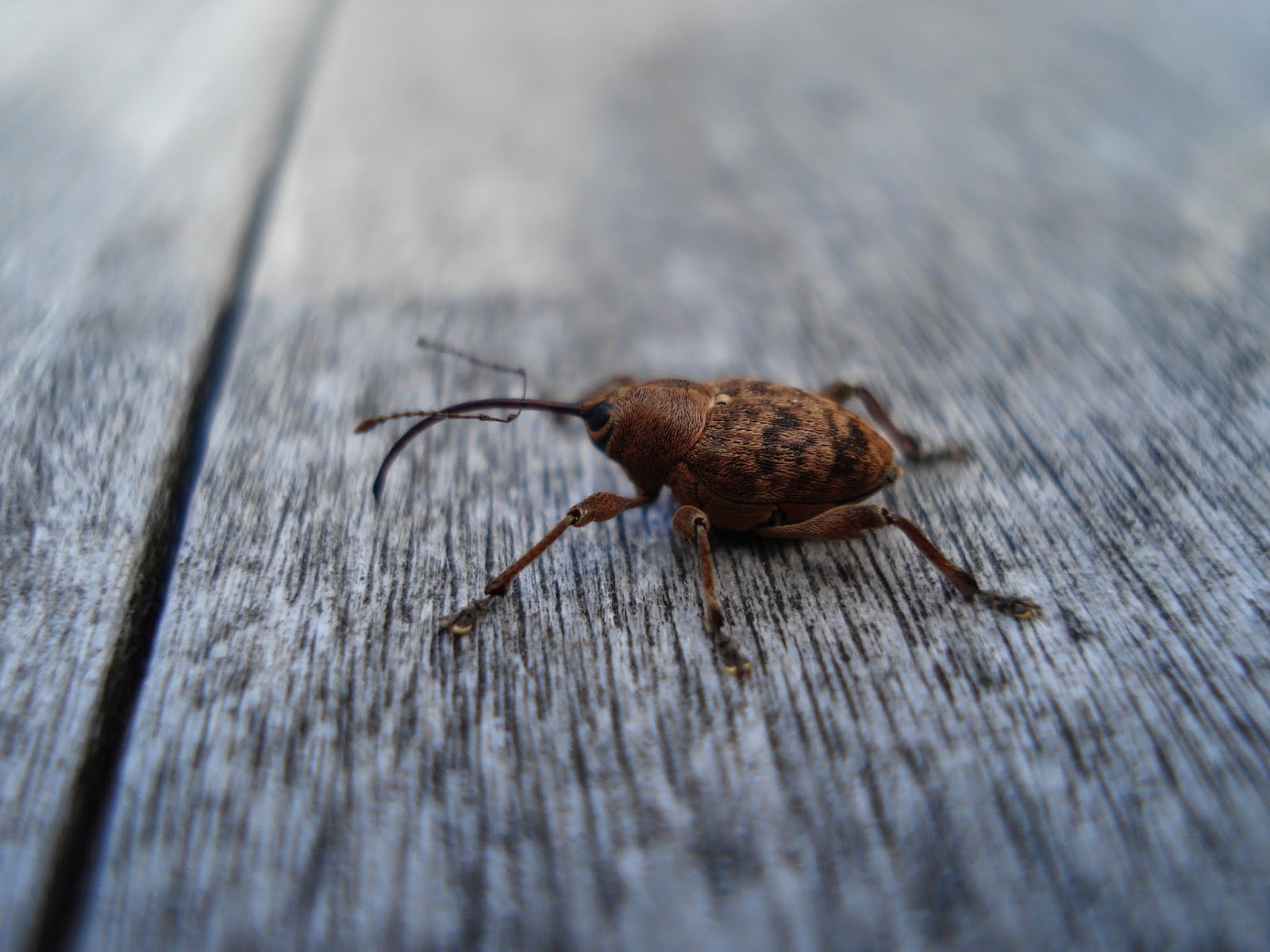 Having done a bit of research, it is an Acorn Weevil, Curculio glandium.  The female uses the long rostrum to bore into the centre of an acorn to lay her egg. The larva feeds within the acorn and eventually bores its way out.  This species can be separated from the very similar looking C nucum (the Hazelnut Weevil) by the detail of the end 3 segments of the antennae.  For such an ungainly looking creature it is a very adept flier!

According to the NBN gateway it is relatively common in the southern half of Britain, but there are comparatively few Welsh records.  I'd hazard a guess it is under-recorded though!