Milder weather and some sunshine brought in the visitors on Sunday.

Watched a 'strange encounter' when a flower bug (Anthocoris nemorum ?) came face to face with a Calliphora sp fly but nothing happened - after saying hello they moved on and went their separate ways. 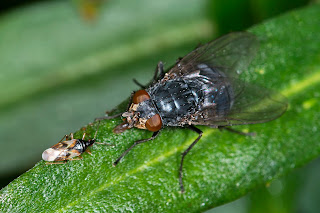 Apparently there are not many hoverflies around at the moment, but 4 came into the garden for a look around. A single Episyrphus balteatus, and three (2 female & 1 male) Meliscaeva sp. 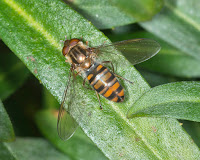 In addition to the many Calliphora that were buzzing around, I also saw a number of other flies - an odd-looking fly with large femora  (I've put pictures of this on the UK Diptera Facebook Group to see if anyone can help with ID), a Sepsis sp, and  a couple of different Anthomyiidae sp (at least I think that's what they were). 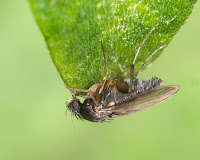 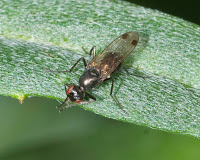 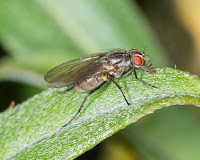 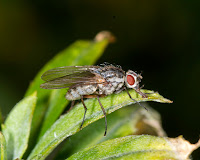 Also saw one of the green leafhoppers and a  springtail. Not a bad hour in the garden! 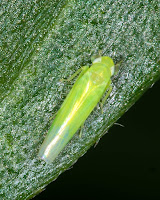 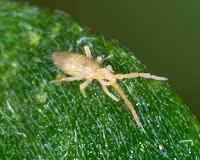