I spent an enjoyable couple of hours down at Coed Y Bedw on thursday - plenty of amazing fungi about. I admit to knowing next to nothing about fungi but they're certainly pretty abundant at the moment. I believe this one is stag's horn fungus Xylaria hypoxylon? 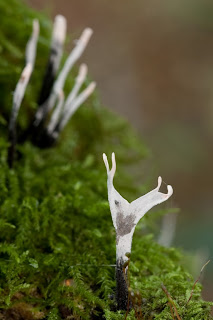 I don't know whether I'd describe the next one as attractive or not but it's certainly striking. Not technically a fungus but a myxomycete or slime mold. I think it is Fuligo septica or charmingly known as dog's vomit slime mold... 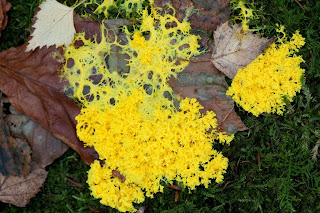 There were also plenty of the more 'traditional' toadstool-type fungi but I don't know the name of this one - can anyone point me in the right direction please? It was frequent at Coed Y Bedw: 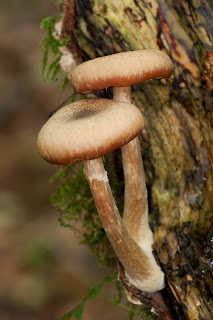 Posted by Vaughn Matthews at 10:29