A couple of days ago, I paid a brief visit, between jobs, to a site, near Penywaun, in the Cynon Valley. I had no particular aim in mind and ended up just shining a torch into dark recesses and holes in a hedge bank. Not surprisingly, I didn't find much, but in one hole, under a hazel, I noticed tiny patches of pale grey/blue, on the otherwise brown sandy clay. 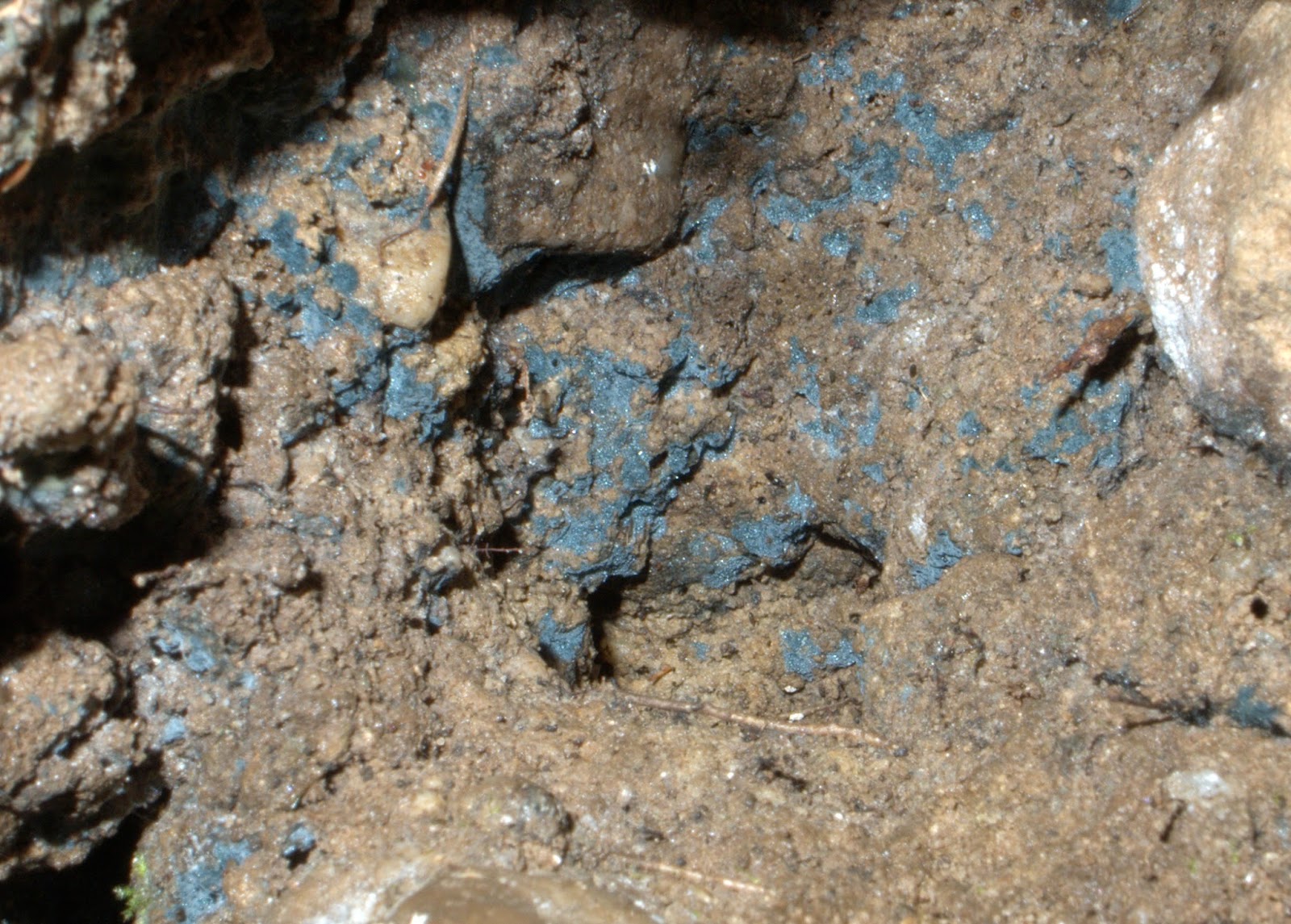 I could only just squeeze my compact camera and enough fingers to operate it, into the hole to get the above image. With the aid of my knife, I also managed to extract a small piece of soil with some of the blue on and using a hand lens, confirmed my suspicion that it was a resupinate fungus.
Running out of time, I had a quick look into other holes and found some more of it inside the entrance of the small burrow of a rodent. This patch was slightly better developed and extended 25 to 30 mm inside the burrow. 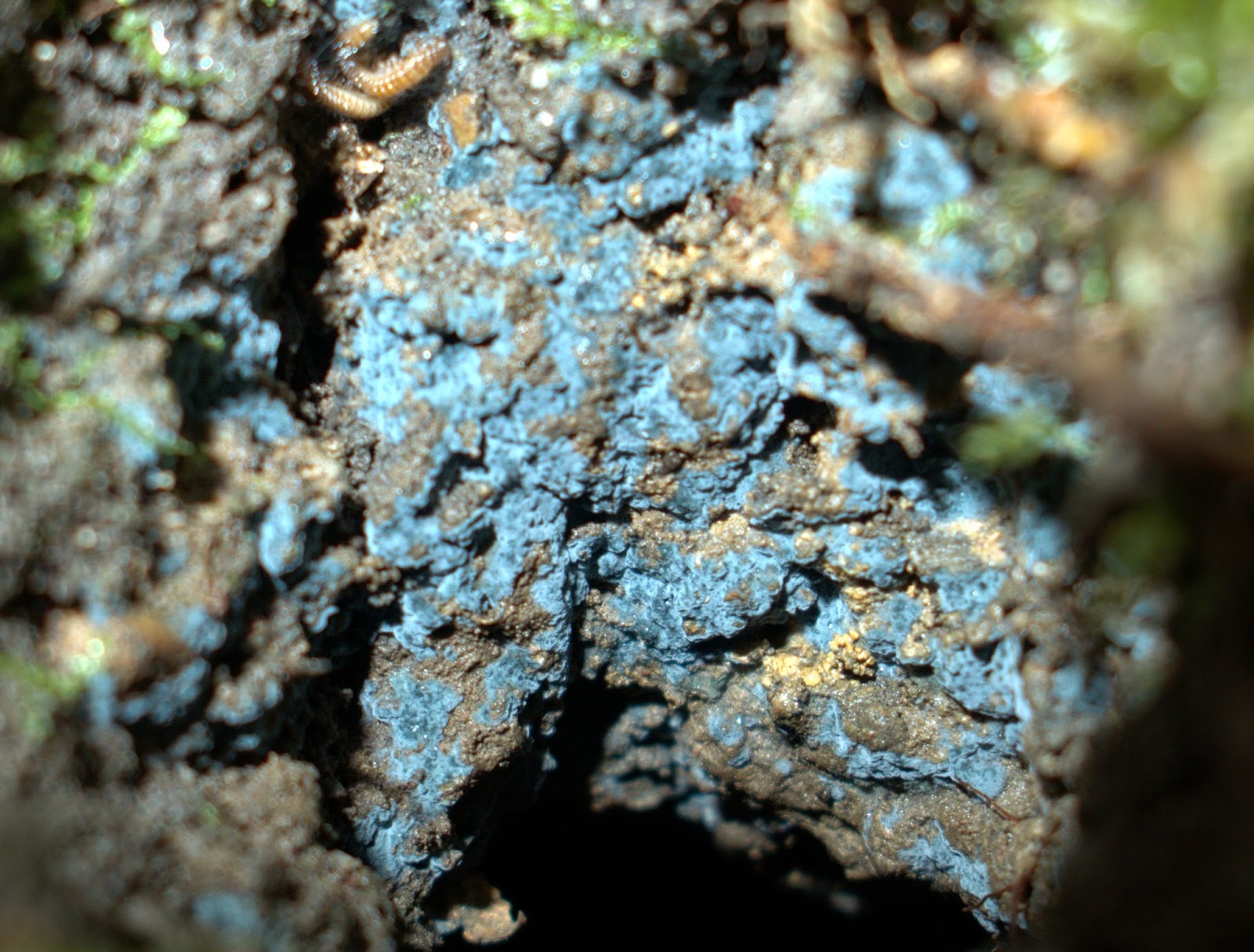 As far as identification is concerned, the best I can come up with is a tentative Byssocorticium terrestre, which apparently comes in just about all the colours of the rainbow and is found in such places as here, so it may well be this species.
Given the tentative nature of my identification, I would obviously welcome some advice. It may be B. atrovirens, but that species is, apparently, only to be found on decaying wood.
I have since found more of this growing in similarly dark places, in Cwmbach.